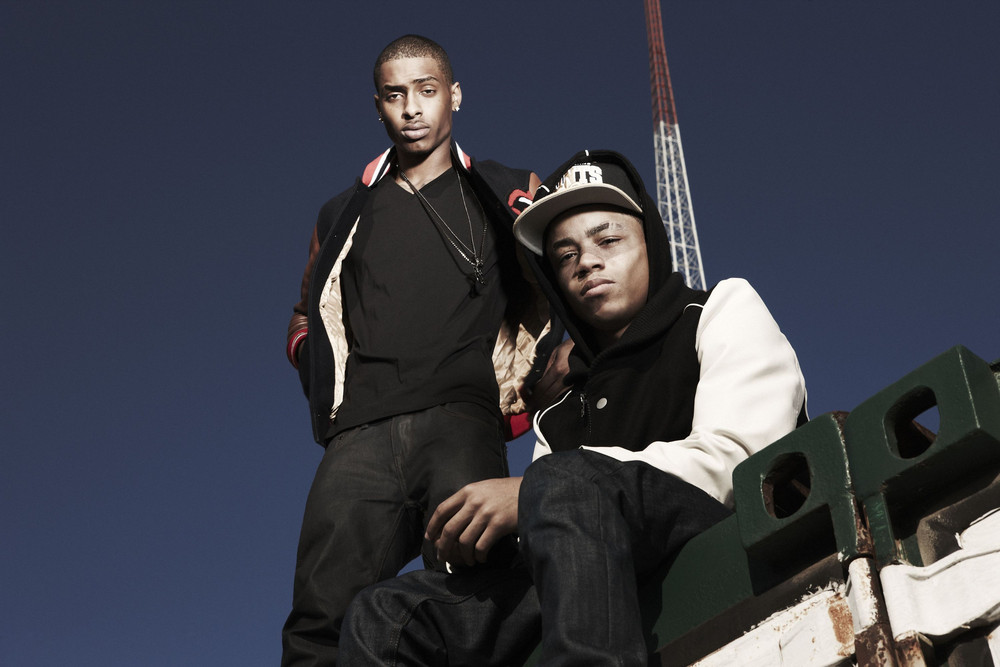 New Boyz was a hip-hop duo that consisted of rappers Earl "Ben J" Benjamin and Dominic "Legacy" Thomas. They debuted in the spring of 2009 with their viral hit "You're a Jerk" taken from their 2009 debut studio album Skinny Jeanz and a Mic. The song peaked in the top thirty of the Billboard Hot 100, and it was the first song to bring the jerkin' style to the national forefront. A second single, "Tie Me Down" featuring Ray J, was also successful and peaked in the top thirty in Early 2010. In May 2011, their second studio album, Too Cool to Care, was released. It includes the top 40 hits "Backseat", featuring The Cataracs and Dev, and "Better with the Lights Off" featuring Chris Brown. The New Boyz have also been featured on Hot Chelle Rae's song "I Like It Like That", which peaked at No. 28 on the Hot 100.

The rapper and CEO of The New 1017 label hosted a private dinner with about 35 people at the members-only club The Gathering Spot in Atlanta in celebration of So Icy Boyz, the compilation album he released Friday (Oct. 15) to showcase his newest signees.…

Too Cool to Care

Too Cool to Care (Instrumental)

Too Cool to Care (Squeaky Clean)

Skinny Jeanz and a Mic (Instrumental)

Skinny Jeanz and a Mic