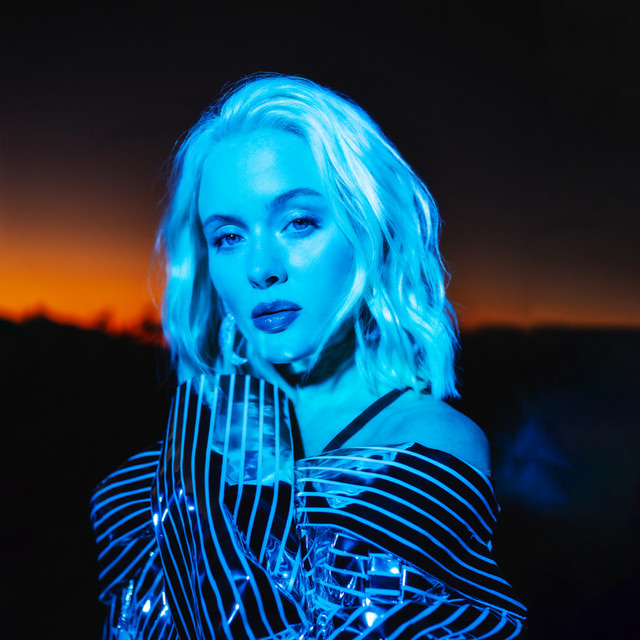 Earlier in 2012, Larsson had signed with the record label TEN Music Group and subsequently released her debut extended play Introducing in January 2013. The EP was supported by Larsson's first original single, "Uncover", which topped the music charts in Scandinavia and was certified 6x platinum in Sweden.Following her early success in Scandinavia and the release of her debut album, 1 (2014), Larsson signed a three-year contract with Epic Records in the United States. In 2016, Larsson performed at the opening and closing ceremonies for UEFA Euro in France. Larsson's second studio album, So Good, was released in March 2017. The album was supported by eight singles, including "Lush Life", "Never Forget You", and "Ain't My Fault", all of which reached number one in Sweden. She would later be featured on Clean Bandit's single, "Symphony", which topped the charts in the UK and Sweden. Her third studio album, Poster Girl (2021), was preceded by the international hit "Ruin My Life" (2018) debuting in the Top 10 in Sweden, Ireland and the UK while receiving a Gold certification or higher in ten countries.

Zara Larsson gives an update on her new album: “It’s pretty much done”

"I shouldn’t say that because now people will expect [new music]; but it is" The post Zara Larsson gives an update on her new album: “It’s pretty much done” appeared first on NME.

The new label will be licensed through Epic Records in the U.S. and distributed by Sony Music Sweden.

Zara Larsson announces own record label and back catalogue acquisition

The singer also recently released a new version of ABBA's 'Lay All Your Love On Me' The post Zara Larsson announces own record label and back catalogue acquisition appeared first on NME.

Flume’s ‘Palaces’ Moves In at No. 1 on Top Dance/Electronic Albums Chart

Plus, moves for Farruko, Lizzo and Alesso & Zara Larsson.

Zara Larsson on her love of ABBA and “dark, vulnerable” new album

Hear Larsson's cover of 'Lay All Your Love On Me', as she talks to NME from the red carpet of ABBA Voyage The post Zara Larsson on her love of ABBA and “dark, vulnerable” new album appeared first on NME.

Alesso pairing his Swedish crossover with Zara Larsson with a self-reimagining seemed to be a matter of when, not if. It’s a welcome trend that Alesso has built out over the years—most recently giving “When I’m Gone” the VIP treatment back in February—and he had debuted one for “Words” in Las Vegas just days after... Read More ▸ The post Alesso fires off house VIP of meeting with Zara Larsson, ‘Words’ appeared first on Dancing Astronaut.

The Chainsmokers’ ‘So Far So Good’ Launches at No. 1 on Top Dance/Electronic Albums Chart

Plus, moves for Alesso and Zara Larsson.

Alesso is back to seamlessly blending his house roots with radio-ready pop alongside yet another massive voice in the latter space, Zara Larsson. “Words” was teased on the former’s TikTok just a couple weeks prior to its official release when Alesso posed a simple question—”guess my next feature in the comments”—as part of an ongoing... Read More ▸ The post Alesso unites with Zara Larsson for Swedish mega-collab, ‘Words’ appeared first on Dancing Astronaut.

Roblox and Sony Music Entertainment announced a strategic partnership to bring more Sony artists into the Roblox universe, after collaborating on several in-game events with artists like Lil Nas X and Zara Larsson.

The Swedish singer only just released her last record 'Poster Girl' in March this year The post Zara Larsson says she’s “back in the studio” recording her next album appeared first on NME.

Zara Larsson is the latest artist set to perform virtually inside gaming platform Roblox, where the Swedish pop singer will celebrate the expanded edition of her March album Poster Girl this weekend.

The event returns this summer The post Zara Larsson and mystery act to headline Manchester Pride appeared first on NME.

A rundown of the latest moves in publishing, including Sony's signing of "Savage" producer J. White and Swedish pop star Zara Larsson.

Zara Larsson on taking a stand against toxic masculinity: “It makes the world a worse place”

The singer has been called a "man-hater" for speaking about her feminist views The post Zara Larsson on taking a stand against toxic masculinity: “It makes the world a worse place” appeared first on NME | Music, Film, TV, Gaming & Pop Culture News.

Lay All Your Love On Me - Spotify Singles

Invisible (from the Netflix Film Klaus)

All the Time (Don Diablo Remix)

Don't Let Me Be Yours (Remixes)

So Good (The Wild Remix)