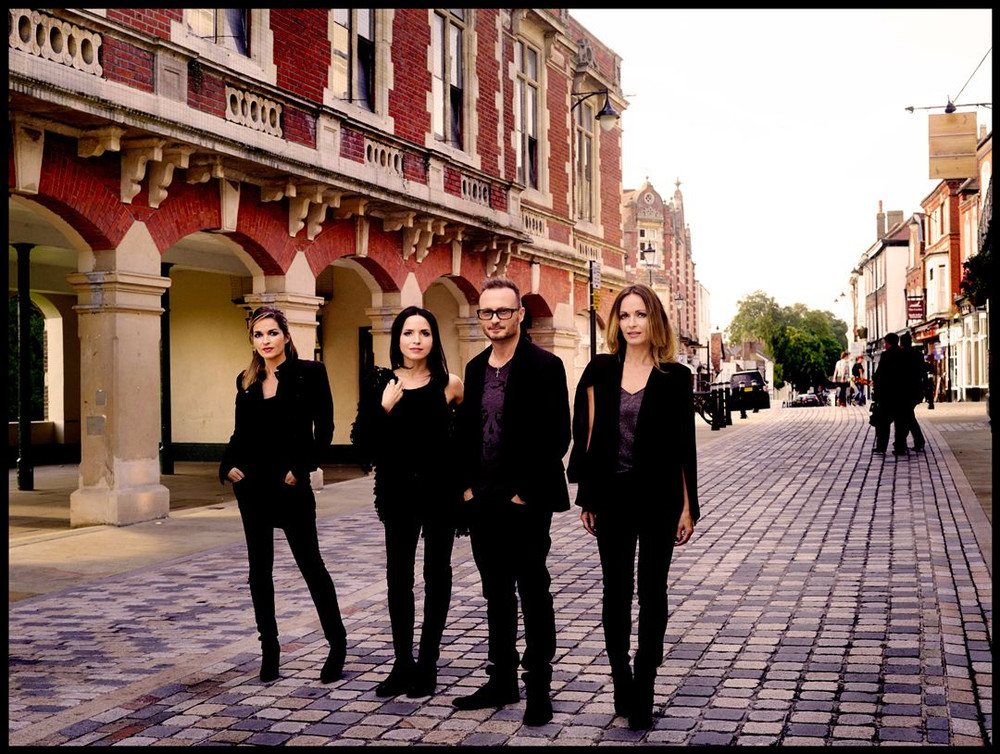 The Corrs have released seven studio albums and numerous singles, which have reached Platinum in many countries, and have sold 40 million albums worldwide. Talk on Corners, their most successful album to date, reached multi-Platinum status in Australia, and in the UK it was the highest selling album of the year. The band is one of only a handful of acts who have held the top two positions simultaneously in the UK album charts, with Talk on Corners at number one and Forgiven, Not Forgotten at number two. The latter was the year's third highest selling album in Australia. Their third studio album, In Blue, went to number one in seventeen countries.The Corrs have been actively involved in philanthropic activities. They have performed in numerous charity concerts, such as The Prince's Trust event in 2004 and Live 8 in 2005. The same year, they were awarded honorary MBEs for their contributions to music and charity. The band was inactive for almost ten years because Jim and Caroline were raising families, while Andrea and Sharon were pursuing solo careers while raising families of their own. According to Sharon, it was uncertain if and when The Corrs would reunite. Rumours of a reunion sparked in early 2015 and in a radio interview with Chris Evans in June 2015, Andrea confirmed that The Corrs were working on a new album and would play the BBC Radio 2 Live in Hyde Park festival. Their sixth studio album, White Light, was released on 27 November 2015, and was accompanied by a European tour. After two years, their seventh studio album, Jupiter Calling, was released on 10 November 2017.

Happy Christmas (War is Over) [Christmas at The Vatican] [Live]

When the Stars Go Blue

Would You Be Happier? (Radio Remix)