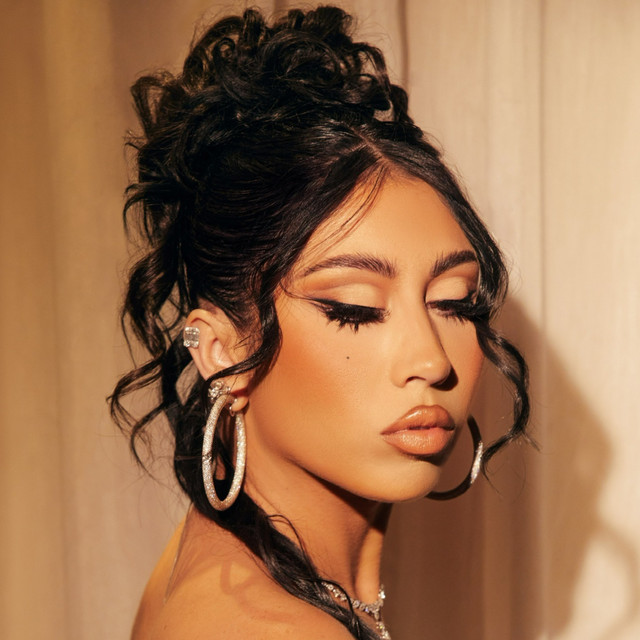 Karly-Marina Loaiza (born July 17, 1994), known professionally as Kali Uchis ( OO-chees), is an American singer. She released her debut mixtape, Drunken Babble, in 2012, which was followed by her debut EP, Por Vida, released in 2015. In 2018, Uchis released her debut studio album Isolation to widespread acclaim. Uchis's second studio album and her first Spanish language project, Sin Miedo (del Amor y Otros Demonios), was released in 2020. The album spawned the single "Telepatía", which became Uchis' first solo charting hit on the US Billboard Hot 100. She won a Grammy Award for Best Dance Recording for her feature on Kaytranada's single "10%".

Phoebe Bridgers Covers The Carpenters’ ‘Goodbye to Love’ for ‘Minions: The Rise of Gru’

It becomes the sixth Spanish-language album to secure a spot in the top 10 on the Vinyl Albums tally since its inception in 2011.

H.E.R., Bleachers, Phoebe Bridgers, Kali Uchis, Thundercat, and Caroline Polachek are also set to be featured on the Minions: The Rise of Gru soundtrack.

Source cites "logistical issues" as cause for festival's cancelation

The song appears on the Jack Antonoff–produced soundtrack for 'Minions: The Rise Of Gru' The post Listen to Kali Uchis’ cover of Stan Getz and Joao Gilberto’s ‘Desafinado’ appeared first on NME.

The song appears on Jack Antonoff–produced soundtrack for Minions: The Rise of Gru

Latin artists showed up and showed out at the 2022 Billboard Music Awards, with Bad Bunny and Kali Uchis taking home awards and Rauw Alejandro and Becky G lighting up the stage.

Kali Uchis spoke with Billboard’s Tetris Kelly on the red carpet of the 2022 Billboard Music Awards.

"¿What my kuchis want first?" the singer asked fans on Twitter.

Includes songs like the Grammy-winning, Cardi B-led hit "I Like It," the smash Bad Bunny and Jhay Cortez collaboration "Dakiti," and Kali Uchis' sleeper hit "Telepatía"

From Rauw Alejandro and Rosalía to Kali Uchis and Paloma Mami, here are the collabs our Latin editors are hoping for.

Each performance will take place on a different floor of TikTok Towers The post Kali Uchis and Rico Nasty to play TikTok New Year’s Eve livestream appeared first on NME.

Growing up between the U.S. and Colombia, Uchis knew she was unique — but felt like she fit in nowhere. With her breakout hit, the industry has finally caught up to her vision.

Inspired by Steven Spielberg’s new production of West Side Story

The cut is lifted from the soundtrack to Steven Spielberg's 'West Side Story' The post Kali Uchis and Ozuna team up for new single ‘Another Day In America’ appeared first on NME.

Desafinado (From 'Minions: The Rise of Gru' Soundtrack)

Another day in America (with Ozuna)

Are You Feeling Sad?

After The Storm (Pete Rock Remix)

After The Storm (feat. Tyler, The Creator & Bootsy Collins)

Know What I Want