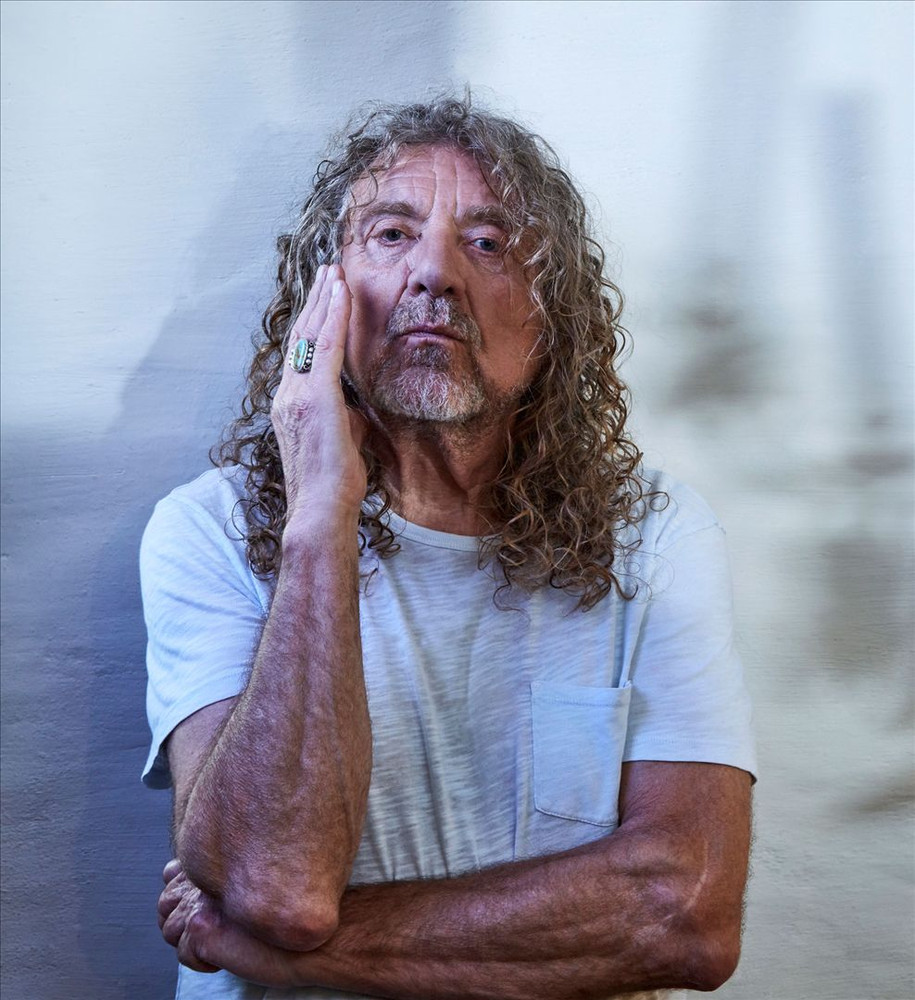 Robert Anthony Plant (born 20 August 1948) is an English singer and songwriter, best known as the lead singer and lyricist of the English rock band Led Zeppelin for all of its existence from 1968 until 1980, when the band broke up following the death of John Bonham, the band's drummer. He was inducted with the band into the Rock and Roll Hall of Fame in 1995.

Plant enjoyed great success with Led Zeppelin from the late 1960s to the end of the 1970s. He developed a compelling image as the charismatic rock-and-roll front man, similar to those of contemporaries such as Mick Jagger of the Rolling Stones, Roger Daltrey of the Who, Jim Morrison of the Doors, and Freddie Mercury of Queen. Although Led Zeppelin dissolved in 1980, Plant has occasionally collaborated with Jimmy Page on various projects in later years, including Page and Plant, and the short-lived supergroup The Honeydrippers (with Jeff Beck).

In 2008, Rolling Stone editors ranked him number 15 on their list of the 100 best singers of all time. In 2011, Rolling Stone readers ranked Plant the greatest of all lead singers. In 2006, Hit Parader magazine named Plant the "Greatest Metal Vocalist of All Time". In 2009, Plant was voted "the greatest voice in rock" in a poll conducted by Planet Rock.

“I’ve been wanting to give people more fun reasons to walk around the backyard at Merriweather," said Seth Hurwitz, chairman of I.M.P.

Robert Plant claims he turned down a ‘Game Of Thrones’ cameo: “I don’t want to be typecast”

"Led Zeppelin started that shit," he joked to George Stroumboulopoulos The post Robert Plant claims he turned down a ‘Game Of Thrones’ cameo: “I don’t want to be typecast” appeared first on NME.

"I don't want to get typecast," Plant quipped of declining the role.

Robert Plant on Led Zeppelin’s rock ‘n’ roll excess: “A lot of it is incredible exaggeration”

He previously played down The Beatles and The Rolling Stones' long-running feud The post Robert Plant on Led Zeppelin’s rock ‘n’ roll excess: “A lot of it is incredible exaggeration” appeared first on NME.

The cover, originally recorded by Bobby Moore and the Rhythm Aces, appears on the duo’s first joint album in 14 years Raise the Roof

The concert was filmed in recording studio Sound Emporium

The Raise the Roof collaborators on the artists, albums, and songs that helped shape them—from Roy Orbison to Harry Chapin and more—in the latest episode of “Pass the Aux”

The Raise the Roof collaborators on the artists, albums, and songs that helped shape them—from Roy Orbison to Harry Chapin and more—in the latest episode of “Pass the Aux”

Plus: Robert Plant and Alison Krauss’ 'Raise the Roof' bows in the top 10.

Both iconic bands got into a spat just last month The post Robert Plant suggests resolution to the The Beatles vs The Rolling Stones feud appeared first on NME.

Robert Plant and Alison Krauss talk about their new album, the legacy of Led Zeppelin, O, Brother Where Art Thou? and more on Rolling Stone Music Now

The band were legally challenged three times over the classic track The post Robert Plant says Led Zeppelin ‘Stairway To Heaven’ lawsuit was “unpleasant” and “unfortunate” appeared first on NME.

The collaborators are gearing up to tour the US and Europe next year in support of their new album, 'Raise The Roof' The post Robert Plant and Alison Krauss announce first tour in over a decade appeared first on NME.

Plant and Krauss released their new album 'Raise The Roof' on Friday (Nov. 19).

The Eagles announced the dates for their 2022 European stadium tour, which will include a show in London, with support from Robert Plant and Alison Krauss.

Track is lone non-cover on duo's first album together in 14 years, Raise the Roof

Too Much Alike (with Patty Griffin)

The Light Of Christmas Day (From "Love The Coopers" Soundtrack)

lullaby and... The Ceaseless Roar

The Principle of Moments