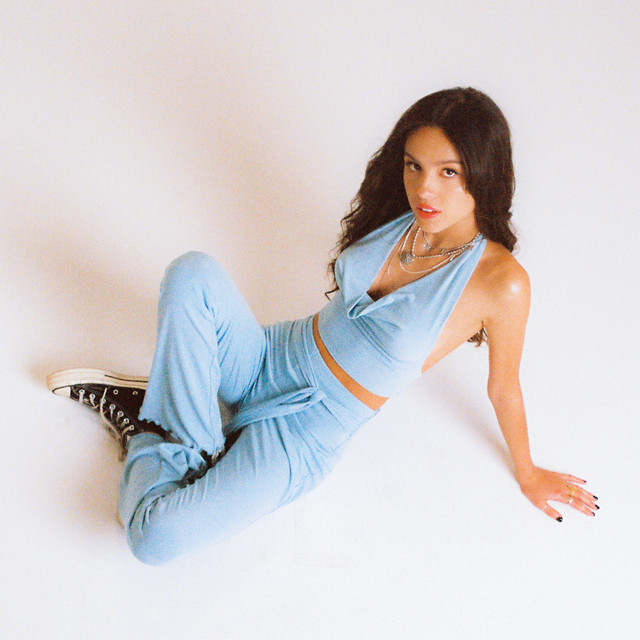 Olivia Isabel Rodrigo (born February 20, 2003) is an American singer-songwriter and actress. She gained recognition in the late 2010s with her lead roles on the Disney television programs Bizaardvark and High School Musical: The Musical: The Series. After signing with Geffen and Interscope Records in 2020, Rodrigo released her debut single "Drivers License", which broke various records and became one of the best-selling songs of 2021, propelling her to mainstream fame. She followed it up with singles "Deja Vu" and "Good 4 U", and released her debut solo studio album, Sour (2021), which was met with critical and commercial success, winning various awards including three Grammy Awards. A Disney+ documentary, Olivia Rodrigo: Driving Home 2 U, chronicling her creative process with Sour, followed in 2022.

Rodrigo has achieved two Billboard Hot 100 number-one singles, one Billboard 200 number-one album, and five multi-Platinum certifications by the Recording Industry Association of America (RIAA). In addition to other recognitions, she has won an American Music Award, seven Billboard Music Awards and four MTV Video Music Awards. Time named her the 2021 Entertainer of the Year and Billboard named her Woman of the Year in 2022.

Earlier this year, Rodrigo revealed that she’s already decided on a name for her second album, and has “a few songs” in the pipeline for it The post Olivia Rodrigo has returned to the studio with ‘Sour’ collaborator Dan Nigro appeared first on NME.

Olivia Rodrigo Is Back in the Studio With Dan Nigro

A follow-up to 'Sour' might finally be on the way.

"I just looked at music and songwriting in a completely different way,” Rodrigo said of hearing "Jagged Little Pill" as a 13-year-old.

Morissette and Rodrigo performed 'You Oughta Know' together at a show earlier this year The post Olivia Rodrigo will induct Alanis Morissette into the Canadian Songwriters Hall of Fame next month appeared first on NME.

For Olivia Rodrigo‘s High School Musical: The Musical: The series character, this could be the start of something new. In a new sneak peak clip from the popular Disney+ series’ latest episode shared by People, Nini Salazar-Roberts (Rodrigo) performs an emotional acoustic ballad in her backyard titled “You Never Know,” in which she sings about starting […]

On Wednesday night (July 27), the “Good 4 U” singer and her High School Musical: The Musical: The Series co-star reunited on the red carpet for the show’s season 3 premiere.

It was all smiles for the co-stars in a rare joint public appearance.

"You're probably with that blond guy who always made me doubt," Bublé sings, personalizing Rodrigo's lyrics. "He's so much smarter than me, he's everything I'm insecure about."

Olivia has covered the 1997 hit twice this week.

It comes after Rodrigo covered the ’97 hit during a spontaneous club gig in Manchester The post Watch Natalie Imbruglia perform ‘Torn’ with Olivia Rodrigo in London appeared first on NME.

She joined Rodrigo for an impassioned performance of 'Fuck You' on The Other Stage on Saturday afternoon (June 25) The post Lily Allen hints she may not retire “just yet” after Olivia Rodrigo Glastonbury performance appeared first on NME.

Olivia Rodrigo adds another accolade to her still-young career, as her ‘Sour’ album becomes the longest-running debut album in the top 10 on the Billboard 200 chart this century.

“Fuck the Supreme Court” was a prevailing sentiment over the weekend

It surpasses the 51 nonconsecutive weeks in the top 10 for Lady Gaga’s debut effort 'The Fame.'

During her Glastonbury set, Olivia Rodrigo surprised fans with a special appearance by Lily Allen, who joined her for a performance of "F*ck You."

All I Want (Love That Lasts Mix)

All I Want (Live at Vevo)

Bizaardvark (Music from the TV Series)