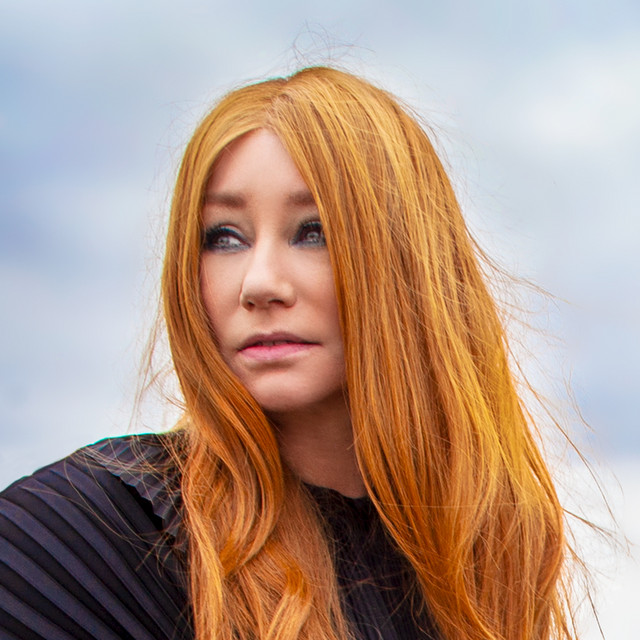 Tori Amos (born Myra Ellen Amos; August 22, 1963) is an American singer-songwriter and pianist. She is a classically trained musician with a mezzo-soprano vocal range. Having already begun composing instrumental pieces on piano, Amos won a full scholarship to the Peabody Institute at Johns Hopkins University at the age of five, the youngest person ever to have been admitted. She had to leave at the age of eleven when her scholarship was discontinued for what Rolling Stone described as "musical insubordination". Amos was the lead singer of the short-lived 1980s pop group Y Kant Tori Read before achieving her breakthrough as a solo artist in the early 1990s. Her songs focus on a broad range of topics, including sexuality, feminism, politics, and religion.

Her charting singles include "Crucify", "Silent All These Years", "God", "Cornflake Girl", "Caught a Lite Sneeze", "Professional Widow", "Spark", "1000 Oceans", "Flavor" and "A Sorta Fairytale", her most commercially successful single in the U.S. to date. Amos has received five MTV VMA nominations and eight Grammy Award nominations, and won an Echo Klassik award for her Night of Hunters classical crossover album. She is listed on VH1's 1999 "100 Greatest Women of Rock and Roll" at number 71.

What A Strange Loop Playwright Michael R. Jackson Is Listening To

The Pulitzer Prize winner, who also just took home his first Tony Award last night, on the fearlessness of Liz Phair and Tori Amos, and why he’d rather sing along to a song than just vibe with one.

Tori Amos: “I wrote my first song when I was three”

"I can’t recall what it was called or what it was about but writing and playing were like breathing to me" The post Tori Amos: “I wrote my first song when I was three” appeared first on NME.

The singer will begin her trek through the states in April

Tori Amos achieves her tenth top 10 on Billboard’s Top Album Sales chart – and highest charting effort in over a decade – as her new album "Ocean to Ocean" debuts at No. 6 (on the chart dated Nov. 13).

Tori Amos on the Music That Shaped Her Life

The alternative icon on the comforts of Carly Simon, the escape of Aphex Twin, and the life-giving power of Tracy Chapman

Another new single from Ocean to Ocean

It's the first preview of her forthcoming new album 'Ocean To Ocean' The post Listen to Tori Amos’ breezy new single ‘Speaking With Trees’ appeared first on NME.

The first track from her new album Ocean to Ocean

Tori Amos on mental health: “I get out of certain situations by writing myself out of hell”

The 'Cornflake Girl' icon explains to NME how the pandemic, Cornwall, self-worth and brave new sounds shaped her upcoming 16th album 'Ocean To Ocean' The post Tori Amos on mental health: “I get out of certain situations by writing myself out of hell” appeared first on NME.

“This is a record about your losses, and how you cope with them,” Amos says of the follow-up to 2017’s Native Invader

"This is a record about your losses, and how you cope with them," Amos said in a statement

"This is a record about your losses, and how you cope with them" The post Tori Amos announces lockdown-inspired new album ‘Ocean To Ocean’ appeared first on NME.

To Venus and Back

From the Choir Girl Hotel

Under the Pink (Deluxe Edition)