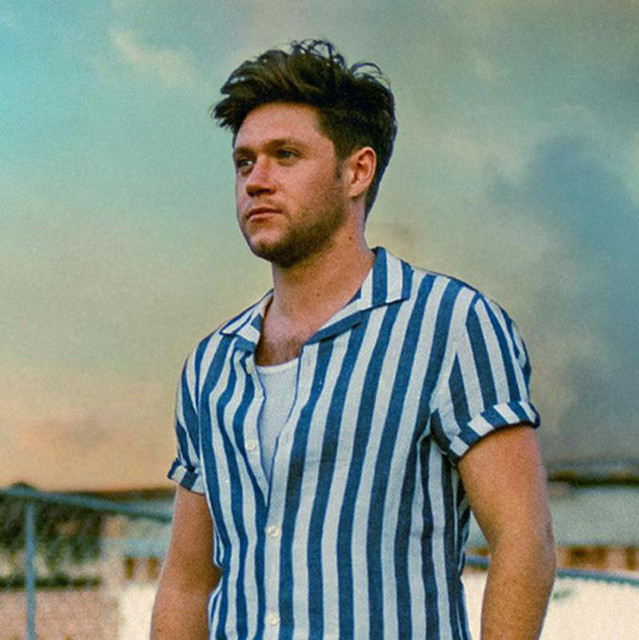 Niall James Horan ( NY-uhl HAW-ruhn; born 13 September 1993) is an Irish singer-songwriter. He rose to prominence as a member of the boy band One Direction, formed in 2010 on the singing competition The X Factor. The group released five albums and went on to become one of the best-selling boy bands of all time. Following the band's hiatus in 2016, Horan signed a recording deal as a solo artist with Capitol Records and since has released two albums: Flicker (2017) and Heartbreak Weather (2020).

Fans are already clamoring for the singer to be Niall's battle advisor for season 23.

Blake Shelton to Exit ‘The Voice’ After 23 Seasons; Niall Horan, Chance the Rapper Join as Coaches

"It's been a hell of a ride over these 12 years of chair turns," Shelton wrote on Instagram

Lewis Capaldi Recalls the Time He Drunkenly Sent Harry Styles a ‘You Up’ Message: ‘He Didn’t Say No’

The "Forget Me" singer also broke down his new single, as well as busking with Niall Horan.

"If you got Niall Horan or Harry Styles or whoever you wanna say that goes to Glastonbury now, it’s like, ‘Yeah – that’s what they should be doing'" The post Robbie Williams says going to Glastonbury in 1995 was “like Putin turning up in Westminster” appeared first on NME.

The pair linked up with local busker Jacob Koopman to play a handful of hits, including their jaunty take on Coldplay’s ‘Yellow’ The post Watch Niall Horan and Lewis Capaldi busk together on the streets of Dublin appeared first on NME.

Niall Horan Takes Hilarious Credit for the Nile River: ‘It Was Named After Me’

Attention, One Direction fans: from now on, it's called the Gift of the Niall.

For one night Horan was just another happy face in the crowd.

On Tuesday (Jan. 18), Twitter launches its celebrity-powered “manifestation” project, engineered by the power of positive thinking in 280 characters or less. Megan Thee Stallion, Niall Horan and Demi Lovato are among the artists, athletes and celebs whose tweets became a reality, and are now set to go extra-large on billboards around the country.

Twitter embarks on a celebrity-powered “manifestation” project, engineered by the power of positive thinking in 280 characters or less.

Lizzo revealed that Drake has responded to her shout-out in 'Rumors' and shamelessly flirted with guest-host Niall Horan on Tuesday night's (August 24) 'Jimmy Kimmel Live!'

Niall Horan and Anne-Marie Team up for Emotional ‘Our Song’ Performance on ‘Fallon’: Watch

The pair turned up the emotion on this heartbreak number when they stopped by "The Tonight Show Starring Jimmy Fallon."

After weeks of teasing, Niall Horan and Anne-Marie revealed on Wednesday (May 12) that their long-promised collaboration, "Our Song," is finally, almost here.

The Year in Livestreams 2020: Driift Took British Stars Around the World

Driift promoted a slew of U.K.-based livestreams, from Niall Horan to Nick Cave to Kylie Minogue.

Put A Little Love On Me

Nice To Meet Ya (Diplo Remix)

Nice To Meet Ya (Stripped Version)

Nice To Meet Ya

On The Loose (slenderbodies Remix)

On The Loose (Acoustic)

On The Loose (Basic Tape Remix)

On The Loose (Alternate Version)

Too Much To Ask (Acoustic)

Too Much To Ask (TRU Concept Remix)

Too Much To Ask (Cedric Gervais Remix)

Too Much To Ask