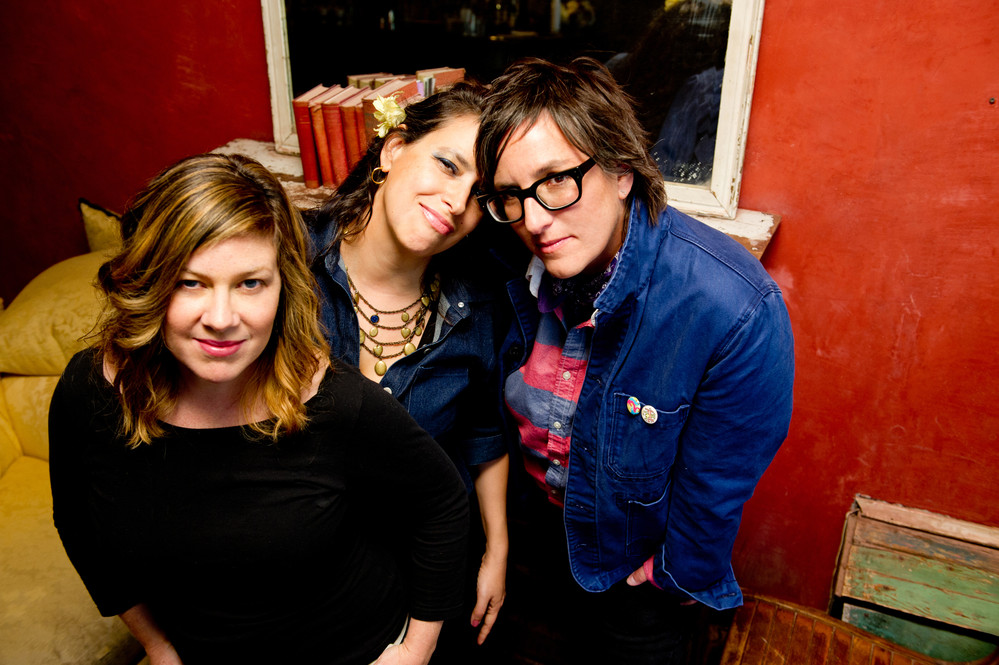 Luscious Jackson is an alternative rock/rap-rock group formed in 1991. The band's name is a reference to former American basketball player Lucious Jackson.The original band consisted of Jill Cunniff (vocals, bass), Gabby Glaser (vocals, guitar), and Vivian Trimble (keyboards, vocals). Drummer Kate Schellenbach joined the band midway through the recording of their 1992 debut EP In Search of Manny.Between 1993 and 2000, the band released one EP, three full-length LPs, and ten singles on the Beastie Boys' Grand Royal label. Their biggest hit—and only Billboard Hot 100 entry—was "Naked Eye". Other singles include "Here," "Daughters of the Kaos", "Citysong", "Under Your Skin" and "Ladyfingers".

Keyboardist Vivian Trimble left the group in 1998, and in 2000 the group announced their breakup, after releasing one album as a trio. February 2007 saw the release of Luscious Jackson's greatest hits compilation.

In 2011, the three remaining members announced that they had reunited and were planning to make new music. The band released two new albums, including a children's album, in November 2013.

Fever In Fever Out

Daughter Of The Kaos EP

In Search Of Manny