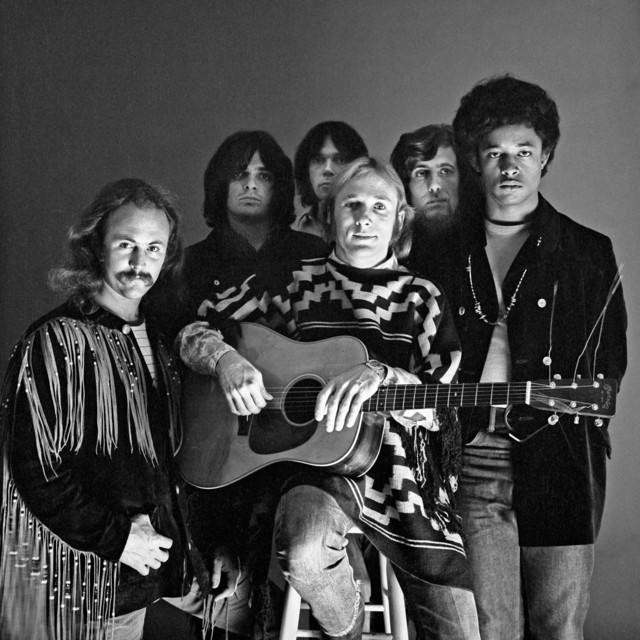 CSN formed in 1968 shortly after Crosby, Stills and Nash performed together informally in July of that year, discovering they harmonized well. Crosby had been asked to leave the Byrds in late 1967, and Stills' band Buffalo Springfield had broken up in early 1968; Nash left his band the Hollies in December, and by early 1969 the trio had signed a recording contract with Atlantic Records. Their first album, Crosby, Stills & Nash, was released in May 1969, from which came two Top 40 hits, "Suite: Judy Blue Eyes" (No. 21) and "Marrakesh Express" (No. 28). In order to tour the album, the trio hired drummer Dallas Taylor and session bassist Greg Reeves, though they still needed a keyboardist; Ahmet Ertegun suggested Neil Young, who had played with Stills in Buffalo Springfield, and after some initial reluctance, the trio agreed, signing him on as a full member. The band, now named Crosby, Stills, Nash & Young, started their tour, and played their second gig at the Woodstock festival in the early morning hours of August 18, 1969. The first album with Young, Déjà Vu, reached number one in several international charts in 1970, and remains their best selling album, going on to sell over 8 million copies with three hit singles: "Woodstock", "Teach Your Children", and "Our House". The group's second tour, which produced the live double album 4 Way Street (1971), was fraught with arguments between Young and Taylor, which resulted in Taylor being replaced by John Barbata, and tensions with Stills, which resulted in his being temporarily dismissed from the band. At the end of the tour the band split up. The group have since reunited several times, sometimes with and sometimes without Young, and have released eight studio and four live albums.

Crosby, Stills & Nash were inducted into the Rock and Roll Hall of Fame and all three members were also inducted for their work in other groups: Crosby for the Byrds; Stills for Buffalo Springfield; and Nash for the Hollies. Neil Young has also been inducted as a solo artist and as a member of Buffalo Springfield but not as a member of CSN. They have not made a group studio album since 1999's Looking Forward, and have been inactive as a performing unit since the end of 2015. Whether or not this break is permanent remains to be seen, as the group has often been inactive for years at a time.