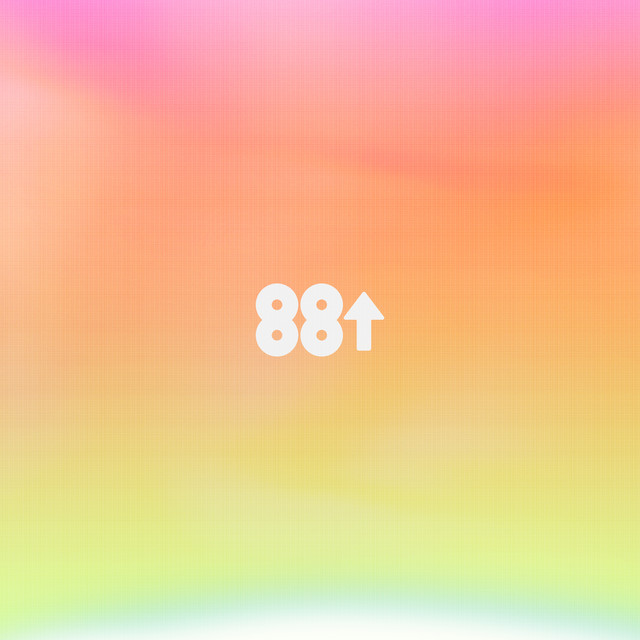 88rising (stylized as 88⬆), formerly known as CXSHXNLY, (pronounced “cash only”), is an American music company that founder Sean Miyashiro describes as a "hybrid management, record label, video production, and marketing company".The company has gained popularity as a musical platform and record label primarily for Asian American and Asian artists who release music in the United States, such as Joji, Keith Ape, Rich Brian, and Niki. Miyashiro states 88rising is "The Disney of Asian hip-hop". Miyashiro also hopes 88rising can bridge the gap between Asian and American music. The New Yorker writes about 88rising, "With artists like Joji, Rich Brian and Higher Brothers, Sean Miyashiro's company is an authority on how to create pop-culture crossovers." "Asian rap collective 88rising has quickly become one of the most popular, and groundbreaking, crews in music.", says Rolling Stone. A Paper article stated that "88rising provides not only the cultural support, but also the strategic and technical know-how to help emerging Asian artists cross over in an efficient but meaningful way." In 2019, 88rising was awarded Label of the Year by Netease, one of the largest music streaming platforms in China.Headquartered in New York City, the company also has offices in Los Angeles and Shanghai. Outside of its core group, the company has collaborated with many artists, most notably KOHH, CL, DPR Live, Yaeji, Phum Viphurit, Verbal, and Hikaru Utada.

The GOT7 singer-rapper debuted the solo track at 88rising’s Head in the Clouds Forever showcase at this year's Coachella The post Jackson Wang shares fiery music video for ‘Cruel’, latest single from upcoming album ‘Magic Man’ appeared first on NME.

The two-day event in August will also feature performances from Warren Hue, Jay Park and a DJ set from Joji The post Jackson Wang, NIKI, Rich Brian and more to play 88rising’s California festival Head In The Clouds appeared first on NME.

Festival will also feature performances from NIKI, Jay Park and Chung Ha as organizers 88rising assemble a 'who's who' of top Asian talent

The four-piece K-pop girl group, Aespa, surprised the crowd at Coachella as part of 88rising's Head in the Clouds Forever showcase

"When I first told my artists about doing this, they thought I was joking. One of them screamed so loud."

The NME 100 star had premiered the single at Coachella over the weekend The post BIBI takes love to the next level in new 88rising collaboration ‘Best Lover’ appeared first on NME.

The K-pop group's first live performance since 2015 came as part of the 88rising takeover at the Californian festival yesterday (April 16) The post 2NE1 reunite at Coachella 2022 to perform ‘I Am The Best’ appeared first on NME.

The track was released in October in collaboration with 88rising The post BIBI shows off her deadly charm in new ‘The Weekend’ music video appeared first on NME.

He had previously teamed up with the former on tracks such as ‘pillows’ and ‘it just is’ The post Day6’s Jae says he would like to collaborate with 88rising’s keshi and NIKI appeared first on NME.

The song is part of Marvel’s ‘Shang-Chi and the Legend of the Ten Rings’ soundtrack by 88rising The post DPR Live and DPR IAN unveil psychedelic ‘Diamonds + and Pearls’ music video appeared first on NME.

With a new benefit concert and Microsoft partnership, 88rising founder Sean Miyashiro earns the title of Billboard's Executive of the Week.

88rising founder and CEO Sean Miyashiro catches up with Billboard one year into the coronavirus pandemic.

88rising is mounting a new benefit livestream timed to Asian American and Pacific Islander Heritage Month (AAPIHM) on May 26.

Head In The Clouds Forever

Shang-Chi and The Legend of The Ten Rings: The Album

Head In The Clouds II

Head In The Clouds