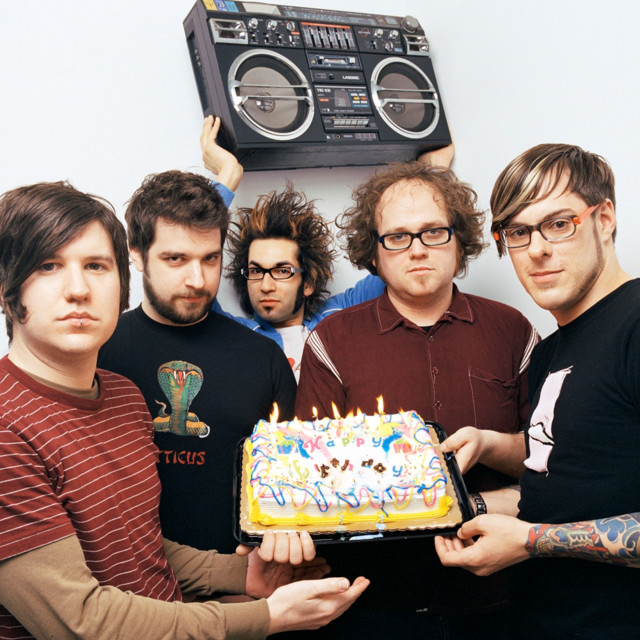 Motion City Soundtrack is an American rock band that formed in Minneapolis, Minnesota in 1997. The band's line-up consists of vocalist and guitarist Justin Courtney Pierre, lead guitarist Joshua Cain, keyboardist Jesse Johnson, bassist Matthew Taylor, and drummer Tony Thaxton. Over the course of their career, the group has toured heavily and released six studio albums, the majority on independent label Epitaph Records. The band's sound, at times described as pop punk or emo, makes notable use of the Moog synthesizer. Pierre mainly handles the band's lyrics, which often touch on themes of anxiety, alienation, relationships, and self-destructive behavior.

The band was founded by Cain and Pierre, and it took several years to form a stable lineup. I Am the Movie, the group's debut album, was released in 2003. Their commercial breakthrough, Commit This to Memory, arrived in 2005, and its follow-up Even If It Kills Me (2007) was similarly successful. For many years, the band was a staple of the Warped Tour. They briefly signed to major label Columbia for My Dinosaur Life (2010), but rejoined Epitaph for Go in 2012. Their most recent effort, Panic Stations, was released in 2015. The group disbanded the following year, but they announced a reunion in 2019.

Even If It Kills Me (10th Anniversary Edition)

It's A Pleasure To Meet You

Her Words Destroyed My Planet

Even If It Kills Me

Commit This To Memory (Deluxe Edition)

Commit This To Memory

I Am The Movie