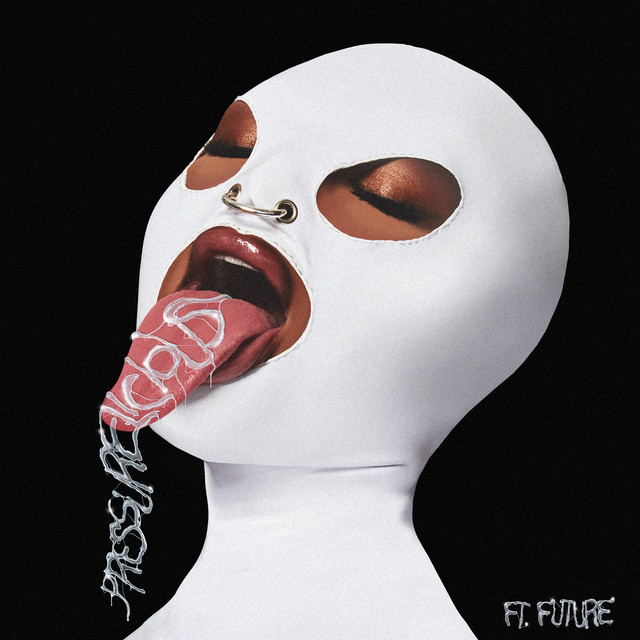 Megan Jovon Ruth Pete (born February 15, 1995), known professionally as Megan Thee Stallion (pronounced "Megan the Stallion"), is an American rapper. Originally from Houston, Texas, she first garnered attention when videos of her freestyling became popular on social media platforms such as Instagram. Megan Thee Stallion signed to 300 Entertainment in 2018 where she released the mixtape Fever (2019) and the extended play Suga (2020) both of which reached the top ten of the Billboard 200.

She released her debut studio album Good News (2020) to critical acclaim, appearing on several year-end best album lists. She earned her first and second number-one singles on the US Billboard Hot 100 with the remix of her song "Savage" (featuring Beyoncé), and her feature on Cardi B's single "WAP"; the latter of which was her first number one in several other countries, as well as the Billboard Global 200 chart. In 2021, she was featured alongside Doja Cat on the remix of Ariana Grande's 2020 single "34+35", which reached number two on the Billboard Hot 100. She followed this with her debut compilation album Something for Thee Hotties (2021), which reached the top ten on the Billboard 200, and spawned the single "Thot Shit", which reached the top twenty in the US, and received a Grammy Award for Best Rap Performance nomination.

Throughout her career, Megan Thee Stallion has received several accolades, including six BET Awards, five BET Hip Hop Awards, four American Music Awards, two MTV Video Music Awards, a Billboard Women in Music Award, and three Grammy Awards. At the 63rd Annual Grammy Awards, she became the second female rapper to win Best New Artist, after Lauryn Hill in 1999. In 2020, Time named her one of the 100 most influential people in the world on their annual list. Outside of music, she has focused on her education, graduating from Texas Southern University with a Bachelor of Science in Health Administration in 2021.

Megan Thee Stallion is opening up about her experience of creating and writing her new album ‘Traumazine’.

Stallion also opened up about her new album 'Traumazine', saying "I wanted to take control of my own narrative" The post Watch Megan Thee Stallion ask Natalia Dyer all her ‘Stranger Things’ questions as ‘The Tonight Show’ co-host appeared first on NME.

Megan Thee Stallion is expected to land at No. 2 with her much-anticipated 'Traumazine' album, the follow-up to 2020's chart-topping 'Good News.'

The Houston rapper said once her team delivered the cash, Future recorded a rap over the entire beat: 'He gave me the whole Future experience.'

Megan Thee Stallion Gets All the ‘Stranger Things’ Tea From Natalia Dyer: ‘Do You Miss Barb?’

The rapper's 'Tonight Show' co-hosting gig came on the eve of her 'Traumazine' album release.

If you could pick only one, which would you have on repeat over the weekend?

"I feel like it's been so easy for people to tell my story for me and speak on my behalf," said the Houston rapper

Meg really wanted to know why Nancy Wheeler was so mean to Steve on "Stranger Things!"

Megan Thee Stallion's 'Traumazine' era is in full swing, complete with a range of new interviews and a guest spot co-hosting the 'Tonight Show.'

She dropped her second studio album 'Traumazine' on Friday (Aug. 12).

On her second album, the rap superstar comes up with just the right balance of slick bops and searing confessionals.

Girl Generation reunites and celebrates their 15th anniversary, Megan Thee Stallion will drop a surprise album, Lizzo gets mistaken for Precious, Nipsey Hussle will be remembered on the Hollywood walk of fame and more!

Megan Thee Stallion Thanks Fans for Support During Ongoing Label Issues: ‘We Almost Out’

Megan Thee Stallion shared a message of gratitude for the extended "hotties" fan community amid what she described as ongoing record label problems.

"It's almost that time," the Houston rapper told Hotties this week.

"I'm excited for the hotties to get a better understanding of what’s happening in my head" The post Megan Thee Stallion shares funeral-themed teaser for ‘Traumazine’ appeared first on NME.

"Don't compare me to these other rappers!" the star said on L.A. Leakers.

Megan Thee Stallion's boyfriend Pardison Fontaine responded to Dwayne Johnson saying that, if given the choice of any celebrity, he would want to be Meg's pet.

It Was A… (Masked Christmas)

Something for Thee Hotties

Crazy Family (From "The Addams Family 2")

On Me (Remix) (with Megan Thee Stallion)

Girls in the Hood

Ride Or Die (From "Queen & Slim: The Soundtrack")