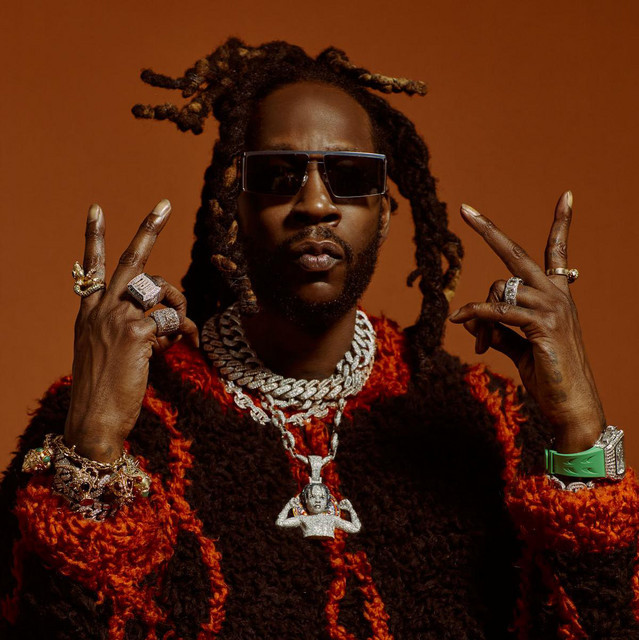 In February 2012, Epps signed a solo record deal with Def Jam Recordings, an imprint of Universal Music Group. The following August, he released his debut studio album Based on a T.R.U. Story on August 14, 2012, to commercial success despite mixed reviews. The album spawned three successful singles: "No Lie" (featuring Drake), "Birthday Song" (featuring Kanye West), and "I'm Different", all of which charted in the top 50 of the Billboard Hot 100 and were certified Gold or higher by the RIAA, along with the album being certified Gold. His second studio album B.O.A.T.S. II: Me Time was released on September 11, 2013; supported by the lead single "Feds Watching" (featuring Pharrell Williams). Epps began working with TV network Viceland on a show called Most Expensivest, which debuted on November 15, 2017, and aired for three seasons.

2 Chainz is hosting the new series, the inaugural episode of which is set to feature Lil Baby. Megan Thee Stallion is also set to appear in an upcoming episode.

2 Chainz, who was earlier this year enlisted as Krystal's Head of Creative Marketing, launches the fast food brand's new fleet of chicken sandwiches.

Kid Cudi's new album, as well as the Netflix event of the same name, launched on Friday. The project features Ty Dolla Sign, 2 Chainz, and more.

Ahead of the release of her mixtape 'Mani/Pedi,' which drops next Friday, Baby Tate returns with a video for her new 2 Chainz-featuring single "Ain't No Love."

Season 2 of "Hiking With Rappers" returns with its premiere episode. 2 Chainz joins Complex's King Keraun on the trail to talk about his podcast with his son H

Fresh off teaming up with Jay Worthy for their project '2 P'z in a Pod,' Larry June returns with his latest solo offering 'Spaceships on the Blade.'

Their comments are in light of a nuisance ordinance recently introduced in the city The post Killer Mike and 2 Chainz call for preservation of Black-owned Atlanta businesses appeared first on NME.

The pair shared their thoughts with City Council on Monday (Aug. 1).

Killer Mike, joined by 2 Chainz, urged the Atlanta City Council to reject a proposed ordinance they explain will impact businesses run by people of color.

The two artists are being sued for copyright infringement over their track "Go Crazy" with 2 Chainz. The song was featured on Megan's 'Good News' album.

Mitski, Phoenix, Phoebe Bridgers, Turnstile and 2 Chainz are also on the roster for the September fest at Piedmont Park.

The track, which pays homage to Destiny's Child 2005 hit "Cater 2 U" and is produced by Hitmaka, serves as the lead single off Tink's upcoming album.

J. Cole Surveys His Empire on the Low-Stakes Mixtape ‘D-Day’

DJ Drama helms the release, with assists from Earthgang, 2 Chainz, A$AP Ferg and others.

2 Chainz Recounts Getting Out of Label Deal With Ludacris

On 'Drink Champs,' 2 Chainz opened up about a variety of topics including what led him to leave Ludacris’ record label prior to releasing his debut solo album.

2 Chainz’s hustler’s spirit is alive and well with a new deluxe album and several businesses in the bag. Continue reading…

2 Chainz Serves Up Motivation in His XXL Digital Cover Story

Skrillex, 2 Chainz and Maya Jane Coles will play the revered Detroit house and techno fest this May.

2 Chainz Performs ‘Bet It Back,’ ’10 Bracelets’ Live for Vevo Ctrl

During his set on 'The Late Show,' images of Young Dolph, Nipsey Hussle and more appeared behind him.

Marketed as a return to form, the Atlanta veteran's latest is a fond recollection of better times

2 Chainz Catches Fabolous Getting His Nails Done While at Dinner

In My Face (with 2 Chainz, Saweetie feat. YG)

Top of the Hill

So Help Me God!

Devil Just Trying to Be Seen

No Face No Case

Rap Or Go To The League

Bigger Than You feat. Drake & Quavo

The Play Don’t Care Who Makes It

Wake Up & Cook Up

Based On A T.R.U. Story (Chopped Not Slopped)

Spend It (Ridin Round & Gettin It) - Single

Me Against the World