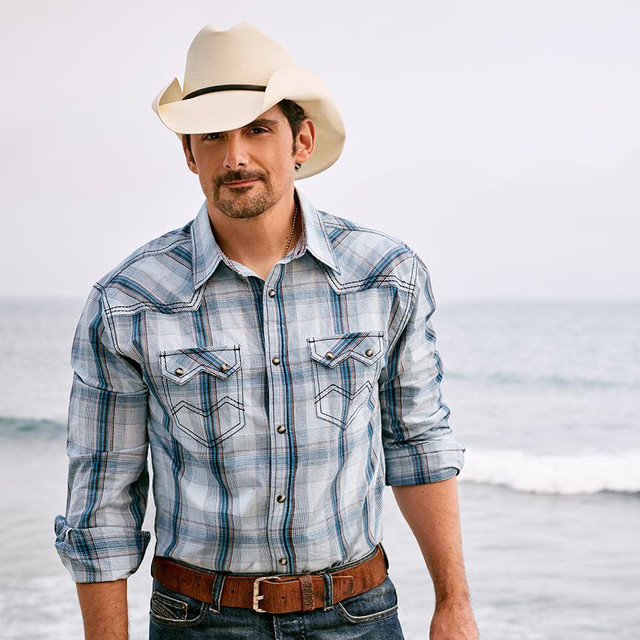 Bradly Douglas Paisley (born October 28, 1972) is an American country music singer and songwriter. Starting with his 1999 debut album Who Needs Pictures, he has released eleven studio albums and a Christmas compilation on the Arista Nashville label, with all of his albums certified Gold or higher by the RIAA. He has scored 35 Top 10 singles on the US Billboard Country Airplay chart, 20 of which have reached number one. He set a new record in 2009 for the most consecutive singles (10) reaching the top spot on that chart.

Carrie Underwood, Brad Paisley and Sting are among those who will be performing some of his biggest hits during the event.

The “Sunflower” singer posted a video clip to TikTok featuring a performance of Paisley’s 2002, two-week No. 1 Country Airplay hit “I’m Gonna Miss Her (The Fishin’ Song).”

“I love you so fuckin’ much man, thank you for the love, dude," Posty gushed after receiving a rave review from the country star on his cover

Other nominees include Jim Lauderdale, Larry Cordle and Pam Tillis.

Brad Paisley Has a New Song, and It’s About… Eating Lunch Naked?

The country-music guitarslinger will bring along guests like Tracy Lawrence and Caylee Hammack on a tour of North America, Europe, and Australia

Simon himself will appear at the special gig, which will also feature Billy Porter, Dave Matthews, and Rhiannon Giddens

Brandi Carlile, who was in the first batch of performers announced for the April 3 Grammy telecast, will also perform on this concert special.

"Working with Brad was great," says Allen, while Paisley says that he "couldn't be prouder to ride shotgun on this record."

Listen to Alison Krauss on the classic "Someone to Watch Over Me," the project's first single.

Belmont University is naming a ballroom at its new performing arts center after country music star Brad Paisley and his wife, Kimberly Williams-Paisley.

Miranda Lambert Jumps to No. 3 on List of All-Time CMA Awards Nominees: Who Else Is in the Top 10?

Miranda Lambert moves into a tie with Brad Paisley for third place on the list of all-time CMA Awards nominees. Who else is in the top 10? Let's take a look.

Brad Paisley announced the dates for his Tour 2021 on Tuesday (May 4), which will launch in Panama City Beach, Florida on June 5.

Jimmie Allen thought he was going to be performing solo at Sunday night's ACM Awards (April 18). Lucky for him, and for us, Brad Paisley had a surprise in store.

Post Malone killed covers of Brad Paisley and Sturgill Simpson at Monday night's "We're Texas" fundraiser, so we looked at eight other times Posty showed his love for country music.

In 2006, "When I Get Where I'm Going" became Brad Paisley's fifth Hot Country Songs leader and Dolly Parton's 25th.

No I in Beer (Acoustic)

No I in Beer

Without a Fight (feat. Demi Lovato)

Moonshine in the Trunk

This Is Country Music

Mud On The Tires