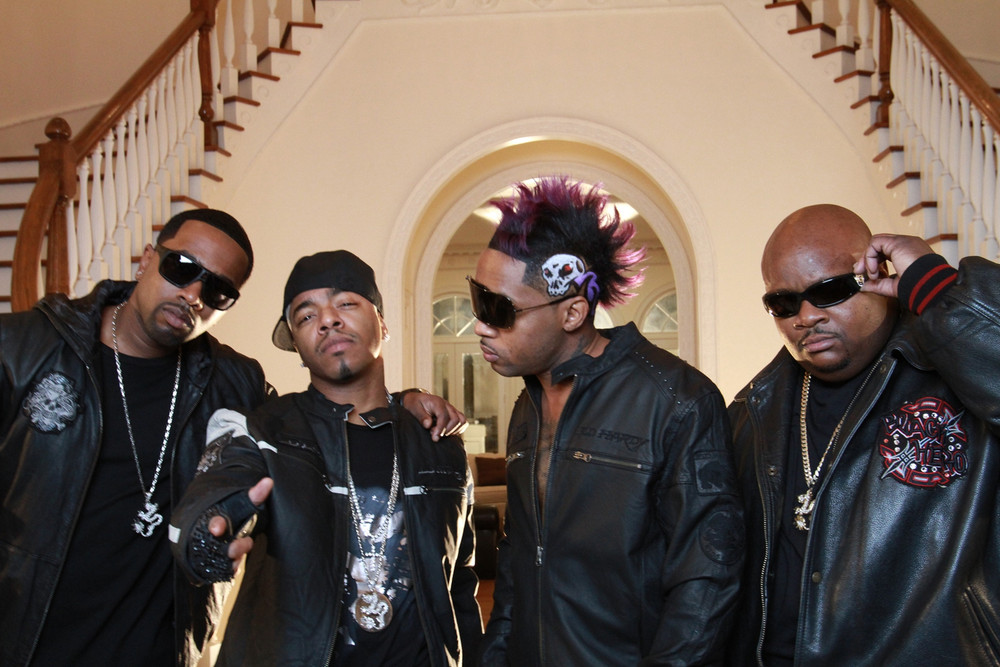 Dru Hill is an American R&B group, whose repertoire included soul, hip hop soul and gospel music. The group was founded in Baltimore in 1992 and is still active. Dru Hill recorded seven Top 40 hits, and is best known for the R&B number-one hits "In My Bed", "Never Make a Promise" and "How Deep Is Your Love". Its original members were lead singer Mark "Sisqó" Andrews, Tamir "Nokio" Ruffin, Larry "Jazz" Anthony and James "Woody" Green. The group achieved popularity in the 1990s.

Signing to Island Records through Haqq Islam's University Records imprint, the group released two successful albums, Dru Hill and Enter the Dru, before separating for a period from late 1999 to 2002, during which time Sisqó and Woody released solo albums. Dru Hill was influenced by the Dragon and Asian culture, as displayed in their wardrobe and logo. While Woody's album Soul Music was a moderate success in the gospel music industry, Sisqó's debut album, Unleash the Dragon, and its hit singles, "Thong Song" and "Incomplete", were major pop successes, and established Sisqó as a household name outside Dru Hill. Sisqó's second album, Return of Dragon, did not perform as well.

In 2002, by then part of the Def Soul record label, the group reunited and added fifth member Scola to the lineup for their third album, Dru World Order, after that album underperformed the group met with New Label President LA Reid about a follow up . Due to groups failure to produce any new music featuring Sisqo (he chose not to lend his vocals to new recordings) Def Jam cited the group as non productive and destructive and dropped the group from Def Soul. In 2009, the group signed to Kedar Entertainment Group and released their fourth album, InDRUpendence Day, the following year, with new member Tao taking the place of the again departed Woody.

The seventh annual show, hosted by LeToya Luckett & DeRay Davis, will be taped live from Atlanta.

These Are The Times

How Deep Is Your Love