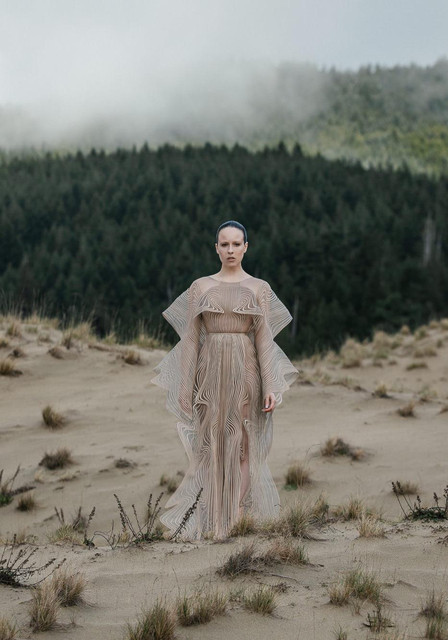 Alexandra Ashley Hughes (born 31 July 1985), known by her stage name Allie X, is a Canadian singer, songwriter and visual artist. She began her career as an indie pop artist in Toronto in the mid-2000s, playing with local bands and writing and recording a handful of self-released albums.After relocating to Los Angeles, California, in 2013, Hughes began working with producers Cirkut and Billboard and achieved success with her first single released under the name Allie X, "Catch", which peaked at number 55 on the Canadian Hot 100 chart and was well received by music critics.The song also rose to prominence after pop singer Katy Perry referred to it as her "spring jam" on social media. Hughes released her debut extended play in 2015, CollXtion I, followed by her debut studio album CollXtion II in 2017, and Super Sunset in 2018. In 2019, she also released an analog version of Super Sunset. Her second studio album, Cape God, was released on 21 February 2020.

"I want to be clear that there was absolutely no 'crowd forming' around my car and absolutely nobody was 'watching a dog die for over twenty minutes,'" Allie X wrote in a statement after backlash.

Allie X cancels upcoming US tour dates due to illness

"Sicker [than] I've been in 20 years" The post Allie X cancels upcoming US tour dates due to illness appeared first on NME.

10 Cool New Pop Songs to Get You Through The Week: Mura Masa, Allie X & More

Scroll to the end for a custom playlist

Girl of the Year (Hellberg Remix)

Not So Bad in La (Commands Remix)

Girl of the Year

Not So Bad In LA

Too Much to Dream