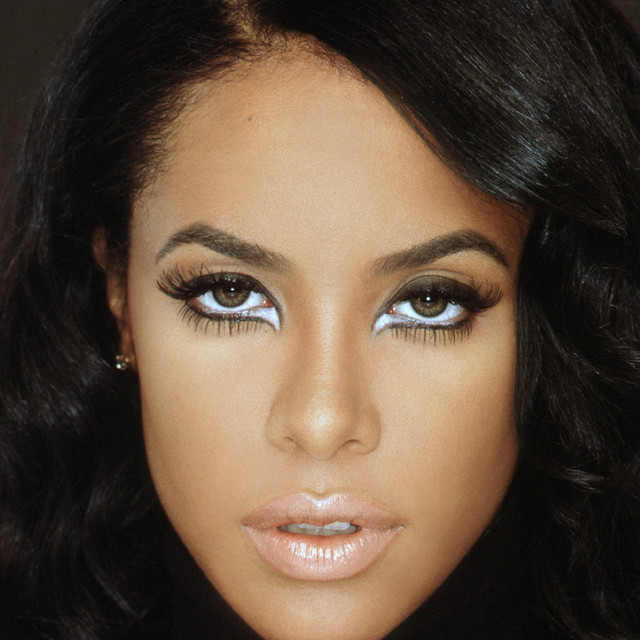 Aaliyah Dana Haughton (; January 16, 1979 – August 25, 2001), known mononymously as Aaliyah, was an American singer, actress, dancer, and model. She has been credited for helping to redefine contemporary R&B, pop and hip hop, earning her the nicknames the "Princess of R&B" and "Queen of Urban Pop".

Born in Brooklyn but raised in Detroit, she first gained recognition at the age of 10, when she appeared on the television show Star Search and performed in concert alongside Gladys Knight. At the age of 12, Aaliyah signed with Jive Records and her uncle Barry Hankerson's Blackground Records. Hankerson introduced her to R. Kelly, who became her mentor, as well as lead songwriter and producer of her debut album, Age Ain't Nothing but a Number. The album sold three million copies in the United States and was certified double platinum by the Recording Industry Association of America (RIAA). After allegations of an illegal marriage with Kelly, Aaliyah ended her contract with Jive and signed with Atlantic Records.

Aaliyah worked with record producers Timbaland and Missy Elliott for her second album, One in a Million, which sold three million copies in the United States and more than eight million copies worldwide. In 2000, Aaliyah appeared in her first film, Romeo Must Die. She contributed to the film's soundtrack, which spawned the single "Try Again". The song topped the Billboard Hot 100 solely on airplay, making Aaliyah the first artist in Billboard history to achieve this goal. After completing Romeo Must Die, Aaliyah filmed her role in Queen of the Damned, and released, in 2001, her self-titled third and final studio album, which topped the Billboard 200.

On August 25, 2001, Aaliyah died at the age of 22 in an airplane accident in the Bahamas, when the badly overloaded aircraft she was traveling in crashed shortly after takeoff, killing all nine on board. The pilot was later found to have traces of cocaine and alcohol in his body and was not qualified to fly the aircraft designated for the flight. Aaliyah's family later filed a wrongful death lawsuit against the aircraft's operator, Blackhawk International Airways, which was settled out of court. In the decades since her death, Aaliyah's music has continued to achieve commercial success, aided by several posthumous releases. She has sold 8.1 million albums in the US and an estimated 24 to 32 million albums worldwide. Billboard lists her as the tenth most successful female R&B artist of the past 25 years, and the 27th most successful in history. Her accolades include three American Music Awards and two MTV VMAs, along with five Grammy Award nominations.

Brandy previously recorded a playful freestyle diss after the rapper guessed that Aaliyah sang one of her hits.

Aaliyah Gayles, a five-star USC women's basketball recruit, was hospitalized on Saturday after she was shot multiple times at a house party in Las Vegas.

Derek Lee Shares What It Was Like Styling Aaliyah

Aaliyah's stylist Derek Lee shares what it was like to dress the artist and why he thinks her looks were so influential.

Usher Regrets Not Dating Aaliyah When He Had the Chance: ‘We Just Didn’t Get Around to It’

"She was a really close friend of mine for a small amount of time," Usher said of Aaliyah.

Aaliyah‘s new posthumous album, ‘Unstoppable,’ is set to be released later this month, according to a new interview with her uncle and former label head Barry Hankerson.

The Blackground Records founder also confirmed collaborations on the LP with Drake, Future, Ne-Yo and more.

The Aaliyah and The Weeknd collab is here, Roddy Ricch is back with his sophomore album, Burna Boy enlists Wizkid for a new team up and Camilo goes pop-punk. Billboard presents First Stream featuring the hottest drops of the week.

In an exclusive interview, Aaliyah's uncle talks about the late artist's streaming debut, guest artists on her upcoming new album and more.

Aaliyah and The Weeknd bring fans something deceptively sweet to devour with their collab "Poison," which was released on Friday (Dec. 17).

Aaliyah and The Weeknd to appear on new collaborative single ‘Poison’

It'll arrive this week The post Aaliyah and The Weeknd to appear on new collaborative single ‘Poison’ appeared first on NME.

New Aaliyah and the Weeknd Song “Poison” Out This Week

Blackground Records 2.0 and Empire will release the posthumous Aaliyah single on Friday

The Weeknd’s ‘Poison’ Collab With Aaliyah Is Coming Soon

Each Sunday, Pitchfork takes an in-depth look at a significant album from the past, and any record not in our archives is eligible. Today we revisit a lost gem of neo-soul from 1996 made by a nascent phenom from the UK, heralded by Aaliyah and D’Angelo as one of the greats.

Her 2001 project returns to the Top R&B/Hip-Hop Albums' top 10 after its re-issue on Sept. 10, and is the genre's best-selling album of the week.

The abuse allegedly happened a year before the pair were illegally married The post Former backup performer says she witnessed R. Kelly sexually abuse Aaliyah when late singer was 13 or 14 appeared first on NME.

Aaliyah's final, self-titled album has arrived on streaming platforms for the first time, a quarter century after its traditional release.

The trial continues The post Minister who officiated R Kelly and Aaliyah’s wedding testifies at trial appeared first on NME.

The producer suggested he initially considered some form of retribution against Kelly but resolved to "let God handle him" The post Aaliyah’s uncle Barry Hankerson opens up about learning of R. Kelly’s alleged abuse appeared first on NME.

Billboard staffers share their thoughts and memories of the Princess of R&B -- the impact that she left, the influence she still carries, and the way her songs endure to this day.

Even with just three official albums across her seven-year recording career, Aaliyah's catalog is tough to pare down to essentials -- but we tried our best.

The late singer's 1996 sophomore album 'One in a Million' hit streaming services for the first time this week The post Aaliyah’s uncle issues statement on releasing her music appeared first on NME.

Demetrius Smith, R. Kelly's former tour manager, testified during the singer's trial on Aug. 20 that Kelly had impregnated the singer Aaliyah when she was still a minor.

Are You That Somebody

One In A Million

(At Your Best) You Are Love EP

Down with the Clique EP

Age Ain't Nothing But a Number EP

Age Ain't Nothing But A Number