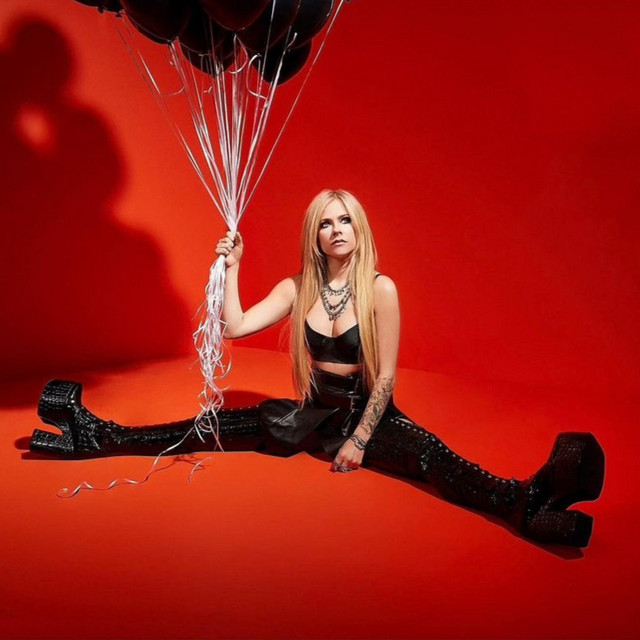 Avril Ramona Lavigne ( AV-ril lə-VEEN; born September 27, 1984) is a Canadian singer and songwriter. At age 16, she signed a two-album recording contract with Arista Records. Her debut studio album, Let Go (2002), is the best-selling album of the 21st century by a Canadian artist. It yielded the singles "Complicated" and "Sk8er Boi", which emphasized a skate punk persona and earned her the title "Pop Punk Queen" from music publications. She is considered a key musician in the development of pop punk music since she paved the way for female-driven, punk-influenced pop music in the early 2000s. Her second studio album, Under My Skin (2004), became Lavigne's first album to reach the top of the Billboard 200 chart in the United States, going on to sell 10 million copies worldwide.

Lavigne's third studio album, The Best Damn Thing (2007), reached number one in seven countries worldwide and saw the international success of its lead single "Girlfriend", which became her first single to reach the top of the Billboard Hot 100 in the United States. Her next two studio albums, Goodbye Lullaby (2011) and Avril Lavigne (2013), saw continued commercial success and were both certified gold in Canada, the United States, and other territories. After releasing her sixth studio album, Head Above Water (2019), she returned to her punk roots with her seventh studio album, Love Sux (2022).Alongside her music career, Lavigne voiced an animated character in the film Over the Hedge (2006) and made her screen acting debut in Fast Food Nation (2006). Her accolades include eight Grammy Awards nominations.

Avril Lavigne drops out of When We Were Young Festival, Death Cab and Underoath join bill

The Las Vegas festival continues on October 29 The post Avril Lavigne drops out of When We Were Young Festival, Death Cab and Underoath join bill appeared first on NME.

Watch Avril Lavigne let Yungblud give her a haircut

The clip hints at an upcoming collaboration between the pair The post Watch Avril Lavigne let Yungblud give her a haircut appeared first on NME.

They performed at the When We Were Young Festival in Las Vegas over the weekend The post Watch Avril Lavigne and All Time Low cover Blink-182’s ‘All The Small Things’ appeared first on NME.

Avril Lavigne Honored With Star on the Hollywood Walk of Fame: ‘What an Amazing 20 Years’

The singer's ceremony even came with a nostalgic quick change.

The singer belted out hits by Avril Lavigne, the All-American Rejects & Justin Bieber for a game of 'Song Association.'

Shania Twain Documentary ‘Not Just a Girl’ Heading to Netflix

"Just went to the location where I shot the cover of my debut album," the pop-punk star shared.

She released a deluxe version of her debut album earlier this month The post See Avril Lavigne recreate the ‘Let Go’ album cover for its 20th anniversary appeared first on NME.

This Is the One Song Avril Lavigne Wishes She’d Written

The "Sk8er Boi" singer is currently on the road with Machine Gun Kelly.

“I love Adele’s song ‘Hello’ and have been dying to do a cover of it,” the pop punk star said in a statement.

The cover was coupled with a new acoustic version of ‘Love Sux’ The post Avril Lavigne covers Adele’s ‘Hello’ with an alt-rock twist appeared first on NME.

To celebrate her 2002 album, the singer took to Twitter to reveal a new edition of the LP, which includes a recording of the 'Idol' champ's hit song.

The singer also talked about the "Sk8er Boi" film adaptation and moving from her parents home to a tour bus.

Avril Lavigne reflects on early career: “I didn’t want to be all bubblegum pop”

“I was very clear on what I wanted to do" The post Avril Lavigne reflects on early career: “I didn’t want to be all bubblegum pop” appeared first on NME.

She’s currently on tour in support of her ‘Love Sux’ album The post Avril Lavigne puts Canadian shows on ice over positive COVID-19 case “within the tour” appeared first on NME.

"We are sincerely sorry to let you know that we are postponing these shows due to a positive COVID case within the tour and subsequent exposures," she wrote.

"Look up 2 u so much," the 19-year-old wrote about Lavigne on social media.

"Look up 2 u so much," Sour star says of Canadian pop-punk singer

Rodrigo said Lavigne "broke down so many barriers and opened so many doors for girls like me" The post Watch Avril Lavigne perform ‘Complicated’ with Olivia Rodrigo appeared first on NME.

I’m a Mess (with YUNGBLUD)

Head Above Water (feat. We The Kings)

I Fell In Love With the Devil (Radio Edit)

Wish You Were Here

Avril Live: Try To Shut Me Up