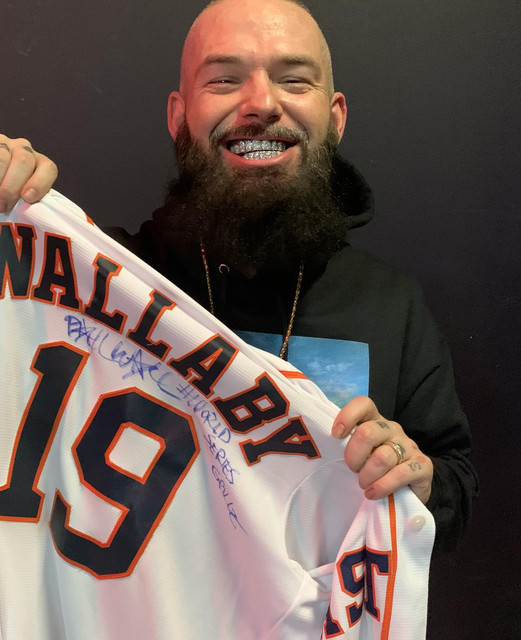 Paul Michael Slayton (born March 11, 1981), better known by his stage name Paul Wall, is an American rapper and DJ. He has spent much of his career affiliated with Swishahouse Records, and has released several albums under the label and collaborated with numerous other rappers signed to the label. He began his career performing alongside fellow Houston Chamillionaire, with whom he released several albums, including 2002's independently released Get Ya Mind Correct. In 2005, he was signed to Atlantic Records and became successful with his major label debut The Peoples Champ, which was followed up by Get Money, Stay True followed in 2007. He has been nominated for one Grammy Award for Best Rap Performance as a Duo or Group for the song "Grillz", his collaboration with rapper Nelly.

Paul Wall Says His Dad Was a ‘Serial Child Molester’

Paul Wall gets candid about his hygiene. Continue reading…

The Legalizers 3: Plant Based

kick In The Door

Beat Up the Block

One Time 4 Ya Mind

The Legalizers: Legalize or Die, Vol. 1

Put It in My Pocket

No Sleep Til Houston

Heart Of A Champion

Aint No 401k for a Hustler Screw n Chop

The People's Champ (Screwed and Chopped)