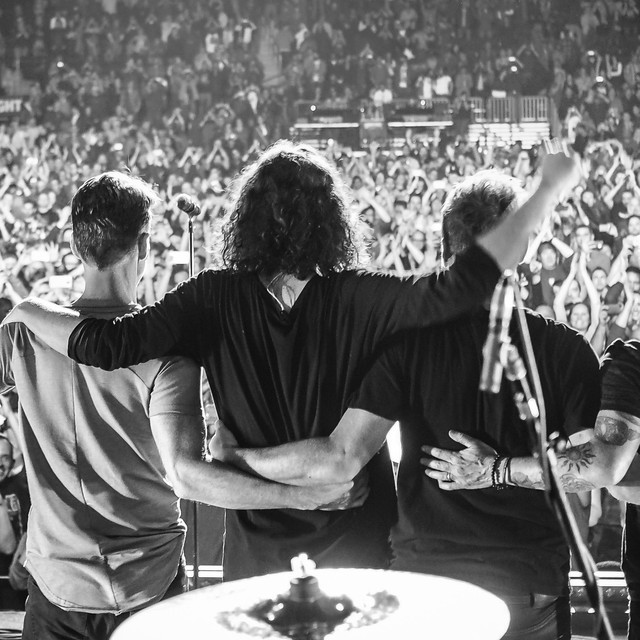 Temple of the Dog was an American rock supergroup that formed in Seattle, Washington, in 1990. It was conceived by vocalist Chris Cornell of Soundgarden as a tribute to his friend, the late Andrew Wood, lead singer of the bands Malfunkshun and Mother Love Bone. The lineup included Stone Gossard on rhythm guitar, Jeff Ament on bass guitar (both ex-members of Mother Love Bone and later Pearl Jam), Mike McCready (later Pearl Jam) on lead guitar, and Matt Cameron (Soundgarden and later Pearl Jam) on drums. Eddie Vedder appeared as a guest to provide some lead and backing vocals. Vedder would appear four months later as lead vocalist on Pearl Jam's debut album, Ten.

The band released its only album, the self-titled Temple of the Dog, in April 1991 through A&M Records. The recording sessions took place in November and December 1990 at London Bridge Studio in Seattle, Washington, with producer Rakesh "Rick" Parashar. Although earning praise from music critics at the time of its release, the album was not widely recognized until 1992, when Vedder, Ament, Gossard, and McCready had their breakthrough with Pearl Jam. Cameron would later join Pearl Jam, serving as drummer since 1998, following Soundgarden's initial break-up in 1997.

The band reformed and toured in 2016 to celebrate the 25th anniversary of their self-titled album. It was the only tour they ever undertook.

Temple Of The Dog (Deluxe Edition)