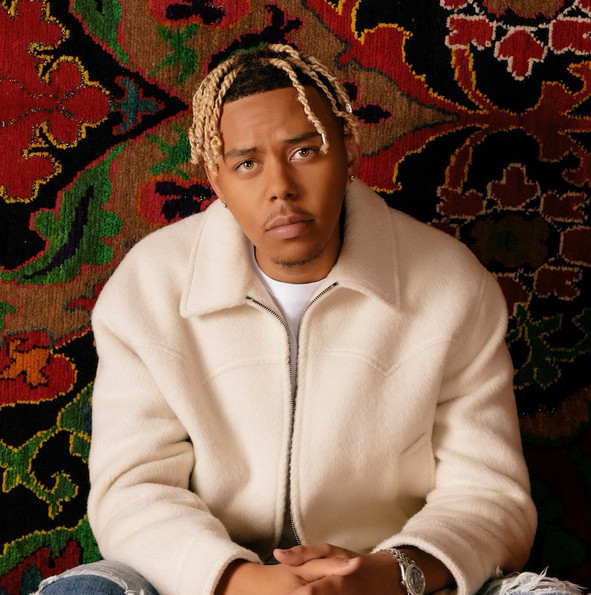 Cordae Amari Dunston (born August 26, 1997) known mononymously as Cordae (formerly YBN Cordae and Entendre), is an American rapper and singer. He gained popularity by releasing remixes of popular songs, such as "My Name Is" by Eminem, and "Old Niggas", which was a response to the song "1985" by J. Cole. Videos to both remixes were uploaded to WorldStarHipHop's YouTube channel, which led to an immense and immediate positive response from both mainstream media and the online rap community.His debut studio album, The Lost Boy, was released in 2019 to widespread acclaim and received two nominations for Best Rap Album and Best Rap Song for the single "Bad Idea" at the 62nd Grammy Awards. Cordae was a member of the YBN collective from 2018 until he left the group in 2020, dropping the "YBN" from his stage name.

On this episode of GOAT Talk, Cordae discusses his GOAT TGI Fridays menu item, freestyle rapper, DMV celebrity, and more. This is GOAT Talk, a show where we ask

The MC talks to Billboard about the playlist on Twitter Spaces at 6 p.m. ET.

"I was like, 'Who's this?'" the artist explained in a new interview with Ebro.

From a Bird’s Eye View

Cordae’s latest album proves he doesn’t have an ethos or a sense of excitement that separates his music from other rappers with a working-class view.

“I treat a beat like it’s Tekashi” The post Eminem revisits his beef with Tekashi 6ix9ine on new Cordae album appeared first on NME.

The rapper's 'From A Birds Eye View' leans more on personal storytelling, which he believes is one piece of a larger professional plan.

He's backed by a nine-piece band for the seven-song set.

Cordae Lifts Off With ‘From a Bird’s Eye View’: Stream It Now

New beats and rhymes for the weekend. Continue reading…

The rapper also shared the tracklist for his new album

The rapper also appeared on ‘Jimmy Fallon’ to perform two album cuts, ‘Sinister’ and ‘Chronicles’ The post Eminem and Stevie Wonder to appear on Cordae’s new album ‘From A Bird’s Eye View’ appeared first on NME.

The rapper's second album, From a Bird's Eye View, will arrive in January 2022

Cordae Is the CEO of Cordae Cola in New ‘Super’ Video

Cordae opens up about what to expect from his forthcoming sophomore album, A Bird's Eye View. Continue reading…

The track originated as a freestyle in 1993. Now, Nas has enlisted Freddie Gibbs, Cordae, and Hit-Boy for the new RapCaviar x Spotify Single.

Nas, Freddie Gibbs, Cordae Team Up for ‘Life Is Like a Dice Game’

Just in time for Memorial Day Weekend, Eminem enlisted fellow rappers Jack Harlow and Cordae for a "Killer" remix that dropped Friday (May 28).

The original track appeared on last year's 'Music to Be Murdered By – Side B' The post Eminem recruits Jack Harlow and Cordae for ‘Killer’ remix appeared first on NME.

With a Pair of Grammy Nominations in His Rearview, Cordae’s Focus is Longevity

Cordae has always come across wise beyond his years and his upbringing set the stage for a career that's poised for longevity.

From a Birds Eye View

Taxes (from the Netflix Series "We The People")

What's Life (From "Liberated / Music For the Movement Vol. 3")