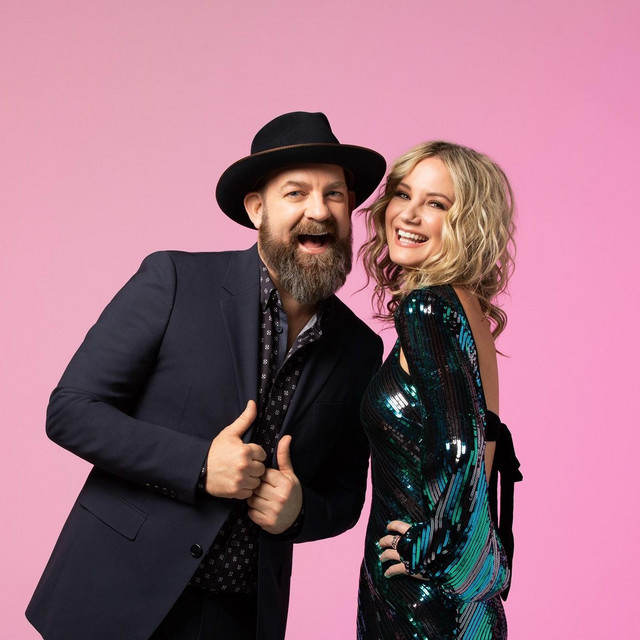 Sugarland is an American country music duo founded in Atlanta, Georgia. The duo consists of singer-songwriters Jennifer Nettles (lead vocals) and Kristian Bush (vocals, guitar, mandolin). They were founded in 2002, at which point Kristen Hall (vocals, guitar) was also a member. All three had experience in folk rock: Nettles had recorded in the groups Soul Miner's Daughter and Jennifer Nettles Band, Bush had recorded two albums as one-half of the duo Billy Pilgrim, and Hall had recorded two solo albums. After Hall left in 2006, Nettles and Bush continued as a duo.

Signed to Mercury Nashville Records in 2004, Sugarland recorded four studio albums, one Christmas album, and one live album for that label between then and 2010. These albums accounted for fifteen singles on the Billboard Hot Country Songs charts, including the number-one singles "Want To", "Settlin'", "All I Want to Do", "Already Gone", and "It Happens". Nettles was also a featured vocalist on rock band Bon Jovi's late 2005-early 2006 single "Who Says You Can't Go Home", which also topped the country music charts. Their four studio albums for this label — Twice the Speed of Life, Enjoy the Ride, Love on the Inside, and The Incredible Machine — are all certified platinum or higher by the Recording Industry Association of America (RIAA). The duo went on hiatus in 2012, during which time both Nettles and Bush recorded solo albums. They reunited officially in 2017 for Bigger, a studio album issued on Big Machine Records.

Taylor Swift shared an 11-second teaser of the solo version of "Babe," originally recorded by Sugarland.

Live On The Inside

Love On The Inside

Twice The Speed Of Life