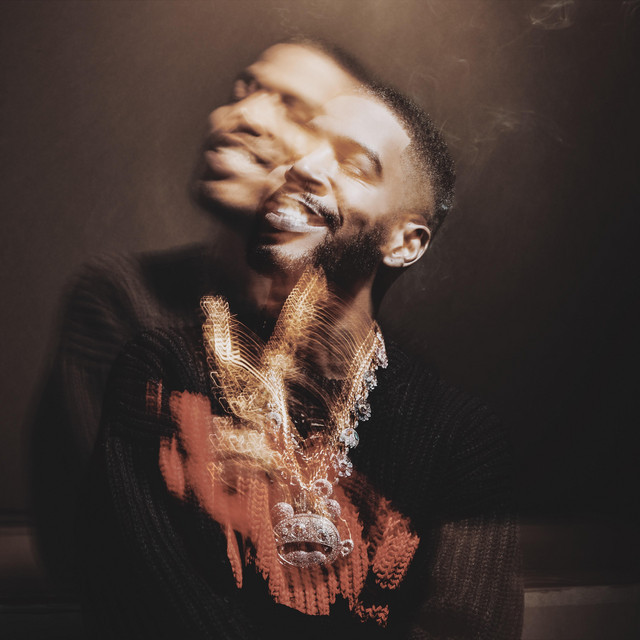 Scott Ramon Seguro Mescudi (born January 30, 1984), better known by his stage name Kid Cudi ( KUDD-ee), is an American rapper, singer, songwriter, record producer, and actor. He has been widely recognized as an influence on several contemporary hip hop and alternative acts. His lyrics are often autobiographical and describe his childhood hardships of depression, loneliness and alienation, his struggle with alcohol and drugs into adulthood, and themes of spirituality, heartbreak, dissipation and celebration. Cudi began to gain major recognition following the release of his first official full-length project, a mixtape titled A Kid Named Cudi (2008), which would go on to catch the attention of high-profile music producer Kanye West, who subsequently signed Cudi to his GOOD Music label imprint by late 2008.

In early 2008, Cudi had risen to prominence with his debut single "Day 'n' Nite", having initially been self-published on his MySpace page to becoming a worldwide hit. The song was later featured on Cudi's seminal debut album, Man on the Moon: The End of Day (2009), which was eventually certified double platinum by the Recording Industry Association of America (RIAA) in 2017. The album also included the singles "Make Her Say" and "Pursuit of Happiness", both of which achieved significant chart success. In 2010, Cudi released his second album, Man on the Moon II: The Legend of Mr. Rager, which also attained platinum status and features the singles "Erase Me" and "Mr. Rager". Later that year he formed WZRD, a rock band, with his long-time collaborator Dot da Genius. Their eponymous debut album (2012) debuted at number one on the Billboard Top Rock Albums chart.Cudi went on to release to the self-produced solo album Indicud in 2013, featuring the platinum-selling single "Just What I Am". He would continue to produce the bulk of his own records, including the avant-garde music albums Satellite Flight: The Journey to Mother Moon (2014) and Speedin' Bullet 2 Heaven (2015), the latter of which was led by the grunge-inspired single "Confused!". In 2016, the release of his sixth solo album Passion, Pain & Demon Slayin', was supported by the lead single "Surfin'". Cudi's joint album with Kanye West, under the eponymous name Kids See Ghosts (2018), was met with widespread critical acclaim and was named among the best albums of 2018. In April 2020, Cudi earned his first number-one song on the US Billboard Hot 100 chart with "The Scotts", a collaboration with Houston rapper Travis Scott. Issued in December 2020, Man on the Moon III: The Chosen, was highly acclaimed and a commercial success, with the RIAA certifying it gold status later that year.

Cudi has sold over 22 million certified records in the United States and has won two Grammy Awards from five nominations. He has worked with numerous prominent artists spanning several different genres in the music industry, namely Jay-Z, Eminem, Kendrick Lamar, David Guetta, Steve Aoki, MGMT, Mary J. Blige, Shakira, Ariana Grande and Michael Bolton, among others. After signing to GOOD Music, Cudi has since gone on to launch his own vanity labels, the now-dissolved Dream On and current label imprint Wicked Awesome Records. Cudi also ventured into acting when he was cast in the HBO series How to Make It in America. He has since appeared in several feature films, including Goodbye World (2013), Need for Speed (2014), Entourage (2015), Bill & Ted Face the Music (2020), and Don't Look Up (2021). In addition, he has made appearances on television shows such as One Tree Hill, The Cleveland Show, Brooklyn Nine-Nine, and Westworld. In 2015, he was the bandleader on the IFC series Comedy Bang! Bang! and in 2020 was added as a cast member for the HBO mini-series We Are Who We Are.

The rapper's aspirations for the future may surprise you.

Cudi said he wants to "infect the youth with that freshness"

Kid Cudi Scores Career-Best Grosses With To The Moon Tour

Kid Cudi talks 'Entergalactic,' his early days in the Bape store, and his thoughts on what a next chapter could hold on the latest 'Hot Ones' episode.

As Kid Cudi enters a new chapter, 'Entergalactic' marks the rapper's reemergence through a new artistic phase. Here's our review of the album and film.

"Better Thangs" brought in more than 62% of the vote, beating out new music by Ed Sheeran, Kid Cudi and more.

The cast and creators behind 'Entergalactic' talk working with Kid Cudi on creating his first animated TV project, a romantic comedy based in New York City.

From Ed Sheeran to Kid Cudi, What’s Your Favorite New Music Release of the Week? Vote!

Plus, new albums by YG and Björk, and tracks from Paramore and Ciara featuring Summer Walker.

Kid Cudi, Don Omar, and 15 Other Songs You Need to Know This Week

Looking for the week's best new music? Check out our revamped Songs You Need to Know playlist

Kid Cudi's new album, as well as the Netflix event of the same name, launched on Friday. The project features Ty Dolla Sign, 2 Chainz, and more.

In commemoration of Kid Cudi's Netflix event 'Entergalactic,' Staple has put together a new collection featuring everything from disposable cameras to hoodies.

Kid Cudi's cross-platform 'Entergalactic' experience launches this Friday. But first, Cudi sat down with Jimmy Fallon for a chat about family and creativity.

The long-awaited album arrives this Friday.

Ahead of the release of his forthcoming album 'Entergalactic,' Kid Cudi sat down with ‘Rolling Stone’ to share details about his 10th studio offering.

Ahead of the release of his new record and Netflix series 'Entergalactic,' the musician opens up about his hopes for the future

It comes as the second track shared from ‘Entergalactic’, which Cudi will drop next week The post Kid Cudi joins forces with Ty Dolla $ign for lowkey new single ‘Willing To Trust’ appeared first on NME.

The Best New Music This Week: Glorilla, Cardi B, Freddie Gibbs, and More

Ahead of the Sept. 30 release of his album and animated Netflix project 'Entergalactic,' Kid Cudi has unleashed a Ty Dolla Sign collaboration.

The legendary director said he was "enthralled" and "disturbed" by the horror film "Pearl."

Travis Scott treated fans in attendance at the opening night of his new Las Vegas experience 'Road to Utopia' with previews of unreleased collaborations.

The 'Man on the Moon' rapper sent the actress flowers and a heartfelt letter: "You are a legend," he wrote. "Looking forward to meeting you one day."

Kid Cudi and His Real Life Friend Joe Burrow Sit Down to Talk About Mental Health, Being Good Role Models, Music, Football, and What They Share as Ohioans

Netflix just debuted the trailer for Kid Cudi’s animated Netflix project 'Entergalactic,' which releases this month alongside his new album of the same name.

Do What I Want

Stars In The Sky (From Sonic The Hedgehog 2)

Just Look Up (From Don’t Look Up)

Man On The Moon III: The Chosen

The Adventures of Moon Man & Slim Shady (with Eminem)

Leader Of The Delinquents

No One Believes Me

Man On The Moon II: The Legend Of Mr. Rager

Man On The Moon: The End Of Day

Man On The Moon: The End Of Day (Deluxe)