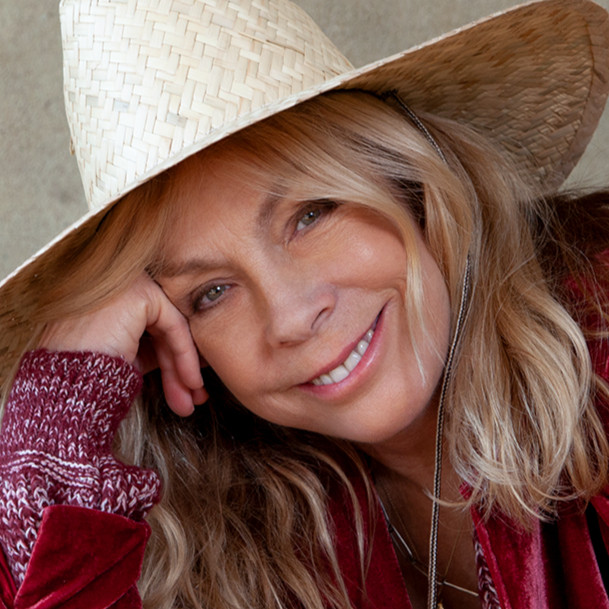 Rickie Lee Jones (born November 8, 1954) is an American singer, songwriter, musician, and author. Over the course of a career that spans five decades, she has recorded in various musical styles including rock, R&B, pop, soul, and jazz. A two-time Grammy Award winner (from seven nominations), Jones was listed at No. 30 on VH1's 100 Greatest Women in Rock & Roll in 1999.She released her self-titled debut album in 1979, to critical and commercial success. It peaked at No. 3 on the U.S. Billboard 200, and spawned the hit single "Chuck E.'s in Love", which peaked at No. 4 on the Billboard Hot 100. The album went Platinum later that year, and earned Jones four Grammy Award nominations in 1980, including Best New Artist, which she won. Her second album, Pirates, followed in 1981 to further critical and commercial success; it peaked at No. 5 on the Billboard 200, went Gold, and ranked No. 49 on NPR's list of the 150 Greatest Albums Made by Women in 2017.Her third album, The Magazine, appeared in 1984 before Jones took a brief hiatus from recording. Her fourth album, Flying Cowboys, was released in 1989 and later went Gold. Jones won her second Grammy Award in 1990 for "Makin' Whoopee", a duet with Dr. John, this time in the category of Best Jazz Vocal Performance, Duo or Group. Jones' seventh Grammy Award nomination followed in 2001 in the category of Best Traditional Pop Vocal Album for her album It's Like This (2000). In 2021, Jones released her memoir Last Chance Texaco: Chronicles of an American Troubadour.

The Other Side of Desire

The Devil You Know

The Sermon on Exposition Boulevard

The Evening of My Best Day

Girl at Her Volcano