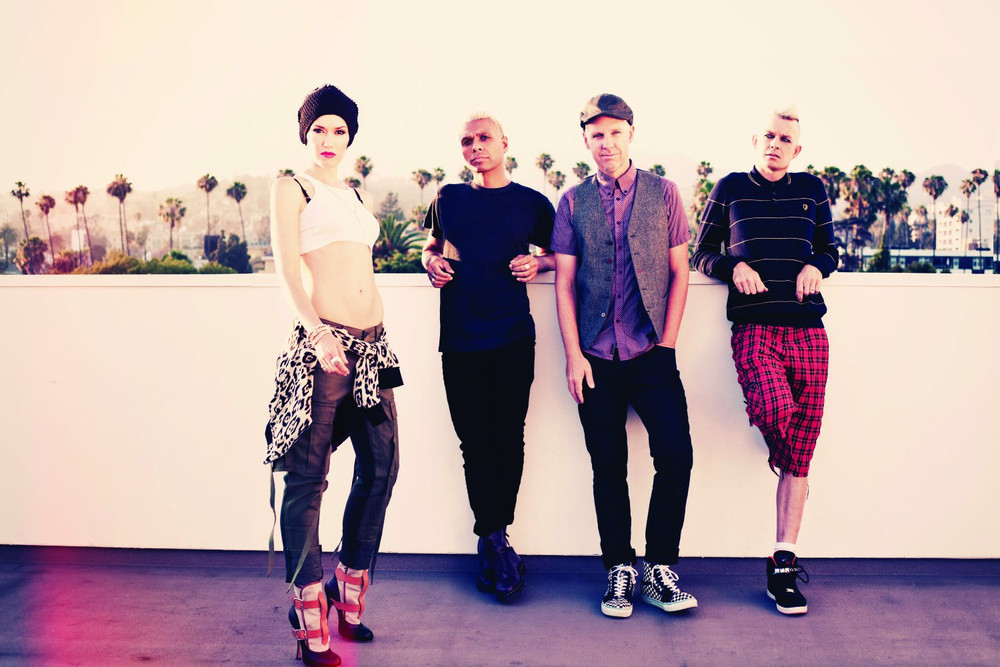 No Doubt was an American rock band from Anaheim, California, formed in 1986. For most of their career, the band consisted of vocalist Gwen Stefani, guitarist Tom Dumont, bassist Tony Kanal, and drummer Adrian Young. Since the mid-1990s, they were supported by trombonist and keyboardist Gabrial McNair and trumpeter and keyboardist Stephen Bradley in live performances.

Though their 1992 eponymous debut album failed to make an impact, its ska punk–inspired follow-up The Beacon Street Collection sold over 100,000 copies in 1995, over triple that of its predecessor. The band's diamond-certified album Tragic Kingdom (1995) benefited from the resurgence of third-wave ska in the 1990s, and "Don't Speak", the third single from the album, which set a record when it spent 16 weeks at the number one spot on the Billboard Hot 100 Airplay chart. "Just a Girl", co-written by Stefani, was described as "the most popular cut on the CD".The group's next album, Return of Saturn (2000), despite its Top 40 hit single "Simple Kind of Life", did not match the success of their previous album, but received critical praise and was nominated for Best Rock Album at the 43rd Grammy Awards. Fifteen months later, the band reappeared with the album Rock Steady (2001), which incorporated reggae and dancehall music into their work. The album was primarily recorded in Jamaica and featured collaborations with Jamaican artists Bounty Killer, Sly and Robbie, and Lady Saw. The album produced two Grammy-winning singles, "Hey Baby" and "Underneath It All". "Hella Good" was also nominated for a Grammy award. On November 22, 2002, No Doubt received the Key to the City of Anaheim, given by the Mayor of Anaheim, Tom Daly, in Disneyland during the band's appearance on (KROQ-FM) where they performed five songs. After a 2004 tour the band embarked on solo projects, with Stefani releasing two successful solo albums Love. Angel. Music. Baby. (2004) and The Sweet Escape (2006), while Tom Dumont released his own solo music project, Invincible Overlord. In 2008, the band resumed working slowly on their sixth and latest effort, titled Push and Shove (2012), and released their single "Settle Down". They have sold over 33 million records worldwide.

The tour continues in Nashville tonight The post Olivia Rodrigo covers No Doubt’s ‘Just A Girl’ during ‘Sour’ tour appeared first on NME.

Olivia Rodrigo Keeps the Dream of the ’90s Alive, Belts No Doubt’s ‘Just a Girl’

Works inspired by music by Lana Del Rey, BLACKPINK, No Doubt, Machine Gun Kelly, Eve, and more will be on display at a new exhibition in L.A.

Tony Kanal Remembers Robbie Shakespeare: ‘You Can’t Overstate How Great He Was’

'You're sitting with these legends in the studio, and it was just mind-blowing,' Kanal recalls of No Doubt's sessions with the late, great bass player and producer in 2001