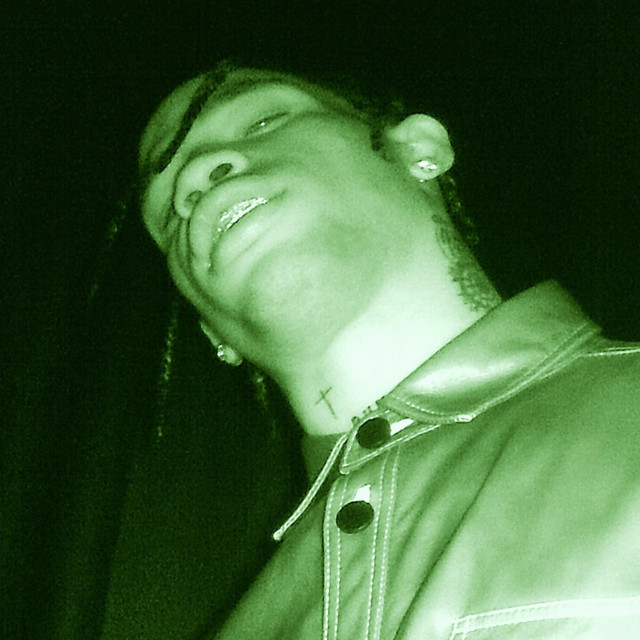 Jacques Bermon Webster II (born April 30, 1991), better known by his stage name Travis Scott (formerly stylized as Travi$ Scott), is an American rapper, singer, songwriter, and record producer. His stage name is the namesake of a favorite uncle combined with the first name of one of his inspirations, Kid Cudi (whose real name is Scott Mescudi). He has been nominated for eight Grammy Awards and won a Billboard Music Award and a Latin Grammy Award.

In 2012, Scott signed his first major-label contract with Epic Records and a publishing deal with Kanye West's GOOD Music. In April 2013, he signed a joint-recording contract with Epic and T.I.'s Grand Hustle imprint. Scott's first full-length project, the mixtape Owl Pharaoh, was self-released in 2013. It was followed with a second mixtape, Days Before Rodeo, in 2014. His debut studio album, Rodeo (2015), was led by the hit single "Antidote". His second album, Birds in the Trap Sing McKnight (2016), became his first number one album on the Billboard 200. The following year, Scott released a collaborative album with Quavo titled Huncho Jack, Jack Huncho under the group name Huncho Jack.

In 2018, his third studio album, Astroworld, was released to critical acclaim and produced his first Billboard Hot 100 number one single, "Sicko Mode" (featuring Drake). In late 2019, Scott's record label Cactus Jack Records released the compilation album JackBoys, which topped the Billboard 200. After the release of his single "Franchise" (featuring Young Thug and M.I.A.) in 2020, Scott became the first artist on the Hot 100 to have three songs debut at number one in less than a year.Scott has gained notoriety for controversies and legal issues regarding safety at his concerts. In November 2021, a mass-casualty crowd crush occurred during Scott's performance at the Astroworld Festival in his hometown of Houston, Texas, killing ten people and injuring hundreds of others.

Travis Scott performed this past weekend in London, complete with the rollout of expectedly quite-in-demand merch pieces commemorating the show.

In the immortal words of the Terminator: he'll be back ("when it's album time.")

The sold-out events are going down on Saturday and Sunday, exactly nine months after a crowd surge at Astroworld Festival left 10 people dead.

Kylie Jenner and daughter Stormi are in London to support Travis Scott ahead of the rapper's first concerts since the Astroworld Festival tragedy.

Scott has shown some changes to a stage show previously accused by critics of inciting violent behaviour in his more recent performances The post Travis Scott announces seven-night ‘Road to Utopia’ residency at Zouk Las Vegas appeared first on NME.

BLACKPINK announces and teases their highly anticipated world tour, Justin Bieber is back on tour following his health scare, Travis Scott is coming to Las Vegas, Ne-Yo’s wife accuses him of cheating and more

Starting next month and spanning seven planned shows, the Road to Utopia experience suggests that Travis Scott may be ready to release his new album soon.

Scott begins a short run at Zouk Nightclub on Sept. 17.

Other music stars on the tally included Jay-Z, Blake Shelton and Travis Scott.

Nav, Before the Storm

Listen to Episode 132 of 'The Complex Sneakers Podcast': How Good Are Travis' 'Mocha' Jordan 1s?

The XO artist unleashed the single as he prepares to drop 'Demons Protected by Angels,' the long-awaited follow-up to his 2020 album, 'Good Intentions.'

From Nicki Minaj and Cardi B to Drake and Travis Scott, here are the most followed rappers on Instagram.

Scott joined Future on two songs and brought a medley of his own tracks to the Rolling Loud Miami stage.

Future closed his set at Rolling Loud on Saturday by bringing out Travis Scott, who earlier this week was asked to headline but couldn't commit on short notice.

A source close to the artist tells Complex just how coveted the latest Travis Scott x Air Jordan project was during its launch. Here's how the release went.

A Rolling Loud co-founder earlier said on Instagram that Hard Rock Stadium "won't allow" the rapper due to the Astroworld tragedy.

"We reached out to Travis to headline Rolling Loud, but it couldn't work in such a short time," a spokesperson for the festival said

In this episode of Northern Soles, Andy Dang unveils the hottest sneaker drops of July, from the Travis Scott Jordan 1 Low to the Off-White x Nike Air Force 1.

Travis Scott Is Donating Proceeds From Dior Capsule to Charity

Travis Scott is donating a portion of the proceeds from his Dior capsule to his charitable Project H.E.A.L. initiative. Click here to learn more.

It appears that Jordan Brand and Travis Scott are dropping a new 'Black/Phantom' colorway of their collaborative Air Jordan 1 Low in December 2022.

The Plan (From the Motion Picture "TENET")

Wash Us In The Blood

HIGHEST IN THE ROOM

Birds In The Trap Sing McKnight

pick up the phone

Whole Lotta Lovin' (With You Remix)