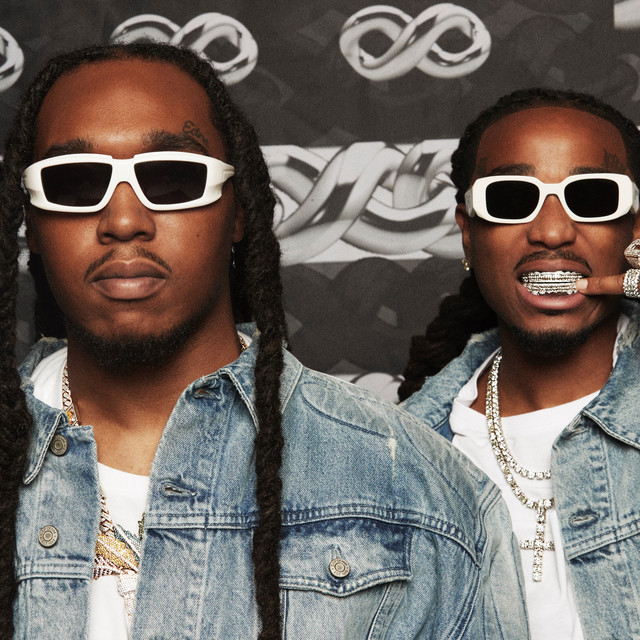 Quavious Keyate Marshall (born April 2, 1991), known professionally as Quavo (), is an American rapper. He is best known as the co-founder and former frontman of hip hop group Migos. Quavo is the uncle of late fellow Migos member Takeoff, and cousin of Offset. He is also a partial owner of the FCF Glacier Boyz.

Outside of Migos, Quavo has been featured on several U.S. top 10 hits, including Post Malone's "Congratulations", which was later certified Diamond by the Recording Industry Association of America (RIAA); as well as DJ Khaled's "No Brainer" and "I'm the One", the latter of which peaked at number one on the Billboard Hot 100. In 2018, he released his debut solo album Quavo Huncho, which peaked at number 2 on the Billboard 200.

"All artist[s] make the best music out of painful moments" The post 50 Cent urges Quavo to take care of Takeoff’s legacy in touching message appeared first on NME.

50 sent the message via Instagram on Wednesday, a day after Takeoff was fatally shot in Houston: "Go make a couple changes and address everything."

The music video for Quavo and Takeoff's "Messy" features a scene in which the rapper revisits his altercation with ex-girlfriend Saweetie in an elevator.

Stray Kids Notch Second No. 1 on Billboard 200 With ‘Maxident’

Quavo and Takeoff's debut project is expected to move 28,000 to 32,000 units in its first week, placing it near the top of the Billboard 200 chart.

From Charlie Puth to Stray Kids, What’s Your Favorite New Release of the Week? Vote!

Plus albums by Quavo & Takeoff, Willow and more.

The best new music this week was provided by artists like Quavo and Takeoff, G Herbo, A Boogie wit da Hoodie and Roddy Ricch, and several others.

Migos is Still a Group — But so are Quavo and Takeoff

We talked to the duo about their latest album, trap music, and a potential Migos documentary

The 18-track project marks the rappers' first full-length release under the Unc & Phew moniker. It includes features from Young Thug, Birdman, and more.

Ahead of their debut album as Unc & Phew, 'Only Built For Infinity Links,' Quavo and Takeoff discuss their rap group Mt. Rushmore, a future Migos doc, and more.

Quavo and Takeoff gave a new interview about the future of Migos without their former bandmate Offset.

Quavo and Takeoff tease future of Migos without Offset

"Sometimes, when shit don’t work out, it ain’t meant to be" The post Quavo and Takeoff tease future of Migos without Offset appeared first on NME.

Quavo & Takeoff Cryptically Tease the Future of Migos Without Offset: ‘Only Time Will Tell’

Takeoff and Quavo Open Up About Future of Migos

In a new interview, Takeoff and Quavo—whose new album as a duo is set to drop later this week—were asked about the future of Migos and potential new music.

Next month, Migos' Quavo and Takeoff are set to roll out their debut collaborative album 'Only Built For Infinity Links,' which spans 18 tracks.

Quavo, Takeoff Reflect on Their Past on Single ‘Nothing Changed’

Song will appear on the duo's forthcoming LP, Only Built For Infinity Links

In an appearance on Yung Miami’s 'Caresha Please' interview series, Saweetie has opened up about her breakup with Migos rapper Quavo last year.

The album title is a reference to Raekwon’s 1995 solo work 'Only Built 4 Cuban Linx' The post Migos’ Quavo and Takeoff announce album ‘Only Built For Infinity Links’ appeared first on NME.

The single arrives after the duo said “the chemistry is the same” without Migos rapper Offset by their side.

Only Built For Infinity Links

Shooters Inside My Crib

Get It Up (Radio Edit)

Too Much Shaft (with Saweetie) [From Shaft: Original Motion Picture Soundtrack]

Bacc At It Again

Wake Up & Cook Up