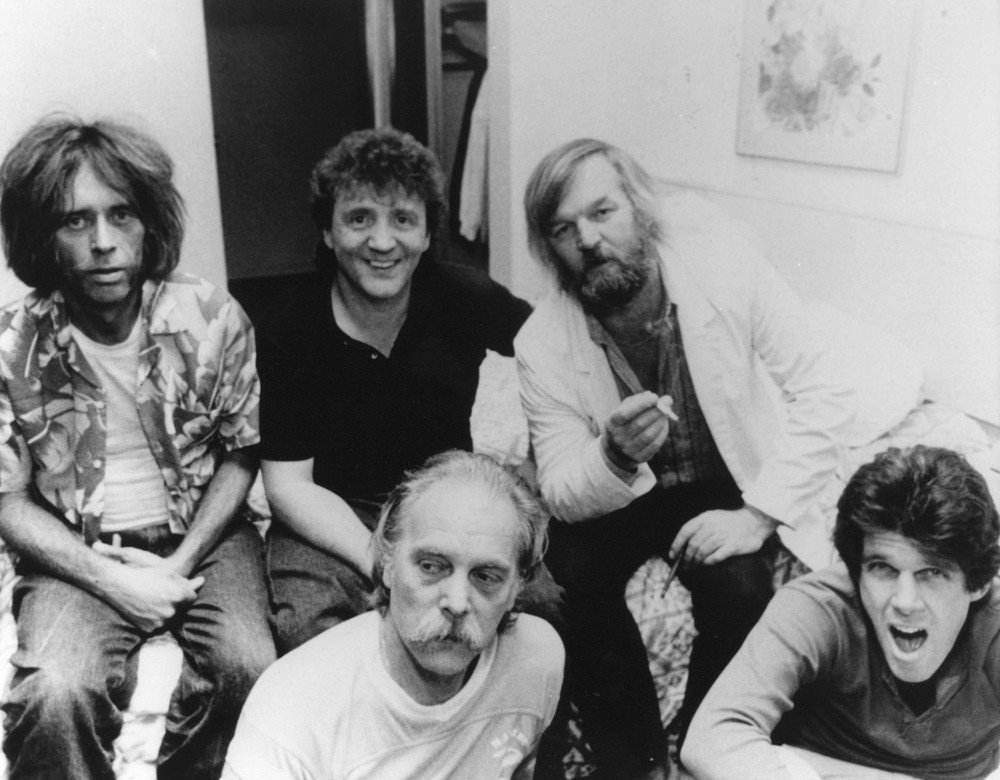 Moby Grape is an American rock band founded in 1966, known for having all five members contribute to singing and songwriting, which collectively merged elements of folk music, blues, country, and jazz with rock and psychedelic music. They were one of the few groups of which all members were lead vocalists. The group's first incarnation ended in 1969, but they have reformed many times afterwards and continue to perform occasionally.

Moby Grape's success was significantly impeded by decades-long legal disputes with their former manager, Matthew Katz. Legal difficulties originated shortly after the group's formation, when Katz insisted that an additional provision be added to his management contract, giving him ownership of the group name. At the time, various group members were indebted to Katz, who had been paying for apartments and various living costs prior to the release of the group's first album. Despite objecting, group members signed, based in part on the impression that there would be no further financial support from Katz unless they did so. Neil Young, then of Buffalo Springfield, was in the room at the time, and kept his head down, playing his guitar, and saying nothing. According to Peter Lewis, "I think Neil knew, even then, that this was the end. We had bought into this process that we should have known better than to buy into."The dispute with Katz became more acute after the group members' rights to their songs, as well as their own name, were signed away in 1973, in a settlement made without their knowledge between Katz and the band's manager at the time (and former producer), David Rubinson. It was also a settlement made at a time when Bob Mosley and Skip Spence were generally recognized as being legally incapacitated due to the effects of schizophrenia.

As described by Jeff Tamarkin, "The Grape's saga is one of squandered potential, absurdly misguided decisions, bad luck, blunders and excruciating heartbreak, all set to the tune of some of the greatest rock and roll ever to emerge from San Francisco. Moby Grape could have had it all, but they ended up with nothing, and less."

The Place And The Time