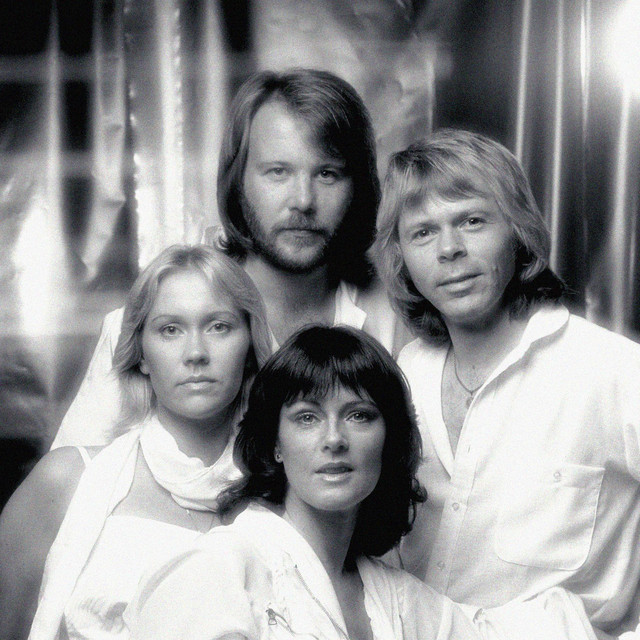 ABBA ( AB-ə, Swedish: [ˈâbːa], formerly named Björn & Benny, Agnetha & Frida) are a Swedish pop group formed in Stockholm in 1972 by Agnetha Fältskog, Björn Ulvaeus, Benny Andersson, and Anni-Frid Lyngstad. The group's name is an acronym of the first letters of their first names arranged as a palindrome. One of the most popular and successful musical groups of all time, they became one of the best-selling music acts in the history of popular music, topping the charts worldwide from 1974 to 1983, and in 2021.

In 1974, ABBA were Sweden's first winner of the Eurovision Song Contest with the song "Waterloo", which in 2005 was chosen as the best song in the competition's history as part of the 50th anniversary celebration of the contest. During the band's main active years, it consisted of two married couples: Fältskog and Ulvaeus, and Lyngstad and Andersson. With the increase of their popularity, their personal lives suffered, which eventually resulted in the collapse of both marriages. The relationship changes were reflected in the group's music, with latter compositions featuring darker and more introspective lyrics. After ABBA separated in December 1982, Andersson and Ulvaeus continued their success writing music for multiple audiences including stage, musicals and movies, while Fältskog and Lyngstad pursued solo careers.Ten years after the group broke up, a compilation, ABBA Gold, was released, becoming a worldwide best-seller. In 1999, ABBA's music was adapted into Mamma Mia!, a successful musical that toured worldwide and, as of April 2022, is still in the top-ten longest running productions on both Broadway (closed in 2015) and the West End (still running). A film of the same name, released in 2008, became the highest-grossing film in the United Kingdom that year. A sequel, Mamma Mia! Here We Go Again, was released in 2018.

In 2016, the group reunited and started working on a digital avatar concert tour. Newly recorded songs were announced in 2018. Voyage, their first new album in 40 years, was released on November 5, 2021. ABBA Voyage, a concert residency featuring ABBA as virtual avatars – dubbed 'ABBAtars' – opened on 27th May 2022 in London and is due to take place until May 2023. ABBA are one of the best-selling music artists of all time, with record sales estimated to be between 150 million to 385 million sold worldwide and the group were ranked 3rd best-selling singles artists in the United Kingdom with a total of 11.3 million singles sold by 3 November 2012. ABBA were the first group from a non-English-speaking country to achieve consistent success in the charts of English-speaking countries, including the United States, United Kingdom, Republic of Ireland, Canada, Australia, New Zealand and South Africa. They are the best-selling Swedish band of all time and the best-selling band originating in continental Europe. ABBA had eight consecutive number-one albums in the UK. The group also enjoyed significant success in Latin America and recorded a collection of their hit songs in Spanish. ABBA were inducted into the Vocal Group Hall of Fame in 2002. The group were inducted into the Rock and Roll Hall of Fame in 2010, the first and only recording artists to receive this honour from outside an Anglophonic country. In 2015, their song "Dancing Queen" was inducted into the Recording Academy's Grammy Hall of Fame.

Also, a sped-up ABBA hit, 20 years of Jimmy Eat World's "The Middle," and a Q&A with SoundCloud's vp of global music marketing.

“Seeing that Abba can do it without being there, I’d be down" The post Sex Pistols’ Steve Jones would be “down” for an ABBA-style hologram reunion appeared first on NME.

Zara Larsson announces own record label and back catalogue acquisition

The singer also recently released a new version of ABBA's 'Lay All Your Love On Me' The post Zara Larsson announces own record label and back catalogue acquisition appeared first on NME.

Members of the house band spoke to NME about the "dream come true" of being asked to recreate the magic of ABBA The post The ABBA Voyage live band are looking forward to playing for “multiple years” appeared first on NME.

ABBA Voyage’s creators tell us how they made the show, and what’s next

Producers, the director and choreographer reveal what went into the ambitious new show The post ABBA Voyage’s creators tell us how they made the show, and what’s next appeared first on NME.

Zara Larsson on her love of ABBA and “dark, vulnerable” new album

Hear Larsson's cover of 'Lay All Your Love On Me', as she talks to NME from the red carpet of ABBA Voyage The post Zara Larsson on her love of ABBA and “dark, vulnerable” new album appeared first on NME.

ABBA Take Trip to the Future With Virtual Live Show: Inside the Pioneering Production

The four members of ABBA made a rare public appearance to watch their 'ABBA-tars' perform in the highly technical stage show.

The superstar Swedish group attended the premiere of their virtual concert series in celebration of their recent album Voyage.

The concert marked the first time all members of the Swedish pop band were seen together in 36 years The post Check out official photos and fan reactions from ABBA’s ‘Voyage’ digital concert appeared first on NME.

The Swedish pop group told NME "it feels fantastic" to be back together for the premiere of 'Voyage' The post ABBA tell us what the future holds after their “surreal” and “fabulous” digital concert tour appeared first on NME.

Rise of the ABBA-tars! Inside ABBA’s Groundbreaking Live Residency

To cap off one of pop's greatest comebacks, all the Swedish superstars needed to do was build a venue, hire the effects team behind Star Wars and digitally reproduce themselves with stunning accuracy

The outfits are inspired by ancient Greece and feature "a twist of modern disco" The post See new ABBA ‘Voyage’ costumes ahead of band’s “revolutionary” digital tour appeared first on NME.

The ambitious concert series kicks off in London this month The post ABBA share new images of their ‘Voyage’ digital avatars appeared first on NME.

Righton has put together the live band for the forthcoming ABBA Voyage residency in London, through which he and Andersson met The post James Righton shares new song ‘Empty Rooms’ with ABBA’s Benny Andersson appeared first on NME.

Rather than employing back up singers, 1970s synths and tambourines, she brought just one other musician onstage with her.

They beat ABBA, Olivia Rodrigo, Lil Nas X, and more for the honor

The 10xLP and 10xCD collections will arrive in May The post ABBA announce new career-spanning album box set appeared first on NME.

Pophouse was co-founded by ABBA’s Björn Ulvaeus and are behind the group's upcoming 'ABBA Voyage' show The post Swedish House Mafia sell their masters and publishing rights to Pophouse Entertainment appeared first on NME.

The company behind the ABBA Museum adds Steve Barnett as an investment advisor and says it wants to "amplify artist legacies to new audiences."

Björn Ulvaeus’s Pophouse Fills Out Board of Directors With Execs From Airbnb, EQT

The Swedish company is behind endeavors including ABBA Voyage and The Avicii Experience.

Måneskin on working with Iggy Pop, partying with Ed Sheeran and Eurovision advice

The Italian Eurovision winners also told us about competing with ABBA at this year's BRIT Awards The post Måneskin on working with Iggy Pop, partying with Ed Sheeran and Eurovision advice appeared first on NME.

“You see how [Johnson] wriggles himself out of this" The post ABBA respond to their music being played at an alleged Downing Street party appeared first on NME.

The guitarist, singer and co-songwriter from the Swedish supergroup will hosts 'Björn from ABBA and Friends’ Radio Show' on Apple Music Hits.

An attorney for the band said the offending group have agreed to stop using the ABBA name The post ABBA settle lawsuit against “parasitic” tribute band appeared first on NME.

Abba Mania has now agreed to stop using the name.

I Still Have Faith In You / Don't Shut Me Down

Thank You For The Music