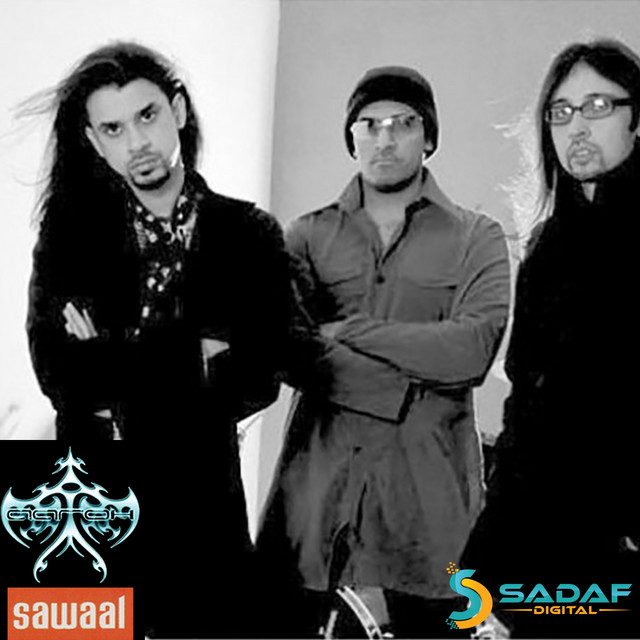 Aaroh (Urdu: آروح transl. The ascending scale in eastern classical music) is an alternative rock band from Karachi, Sindh, Pakistan, formed in 1998. The band was founded by keyboardist Kamran Khan and lead guitarist Nabeel Nihal . (This name was given to them by Shoaib Mansoor), who were joined by, Vocalist Farooq Ahmed, Bassist Khalid Khan and Drummer Adnan Hussain.

The band achieved fame with their exuberant live performances backed up with thought provoking lyrics, and also, their performance in the Pakistani rock scene in 2002, most notably at the Pepsi Battles of the bands, helped them leave a trail for themselves. Soon, after the success of the battle of the bands, Hussain was replaced by drummer Jason Anthony and then the band went on releasing their critically acclaim debut album, Sawaal, in September 2003. Singles from the album like Sawaal, Na Kaho, Jalan and Jeeyay were a success and topped several local music charts. In 2004, band members, Ahmed and Chishty went into a dispute that who owns the rights for the band's name. This saw Chishty and Kamran Khan leaving as the band officially announced their split up. The band then recruited Haider Hashmi on lead guitars as a replacement for Chishty. Aaroh, with their new lead guitarist, then went on releasing their second studio album Raag Neela in 2006, receiving critical acclaim. Singles such as "Raag Neela", "Pyaar Ka Jaal" and "Janay Kyun" did well at the local music charts.

The Offender Story of a Criminal