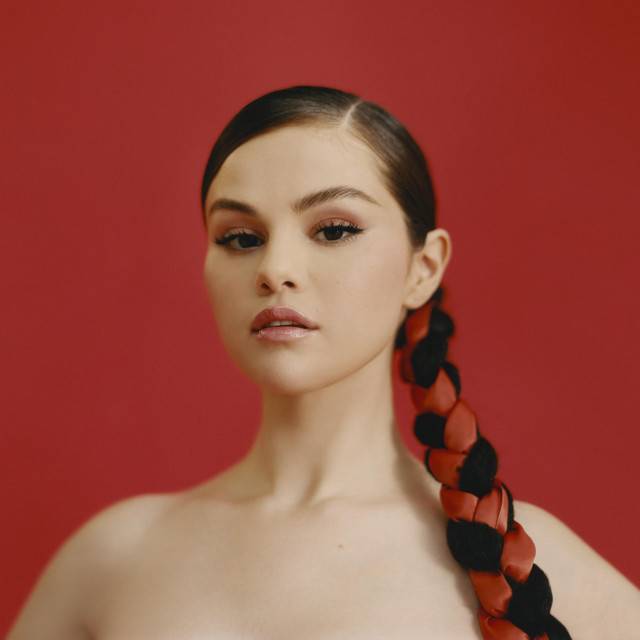 Gomez executive produced the Netflix television series 13 Reasons Why (2017–2020) and Living Undocumented (2019) through her production company, July Moon Productions. Additionally, she executive produces and stars in the HBO Max cooking series Selena + Chef (2020–present) and the Hulu mystery-comedy series Only Murders in the Building (2021–present). The latter earned Gomez critical praise, and nominations for a Golden Globe Award, and as producer, a Primetime Emmy Award .

Gomez released three albums with her former band, Selena Gomez & the Scene, all of which reached the top ten of the US Billboard 200 and were certified gold by the Recording Industry Association of America (RIAA): Kiss & Tell (2009), A Year Without Rain (2010), and When the Sun Goes Down (2011). Her debut solo album, Stars Dance (2013), topped the U.S. Billboard 200, while its lead single, "Come & Get It", reached the top ten in the US Billboard Hot 100. Gomez's second studio album Revival (2015), debuted at number one in the US, was certified platinum by the RIAA, and spawned three US top-ten entries: "Good for You", "Same Old Love", "Hands to Myself". Her third studio album, Rare (2020), became her third consecutive number one in the US, and its lead single, "Lose You to Love Me", her first number-one song in the US and Canada. In 2021, she released the Spanish-language EP Revelación, for which she received a nomination for the Grammy Award for Best Latin Pop Album.

She has received various accolades and was named Billboard's Woman of the Year in 2017, and she also broke 15 Guinness World Records. Time magazine named her one of the 100 most influential people in the world in 2020. She has a large following on social media and is the most followed musician and actress on Instagram. Gomez's other ventures include makeup, clothing, handbag and fragrance lines. She has worked with many charitable organizations and served as a UNICEF ambassador since age 17.

Are you team Lorax or Hotel Transylvania?

The star posted a series of film snaps that look like they were potentially taken at a recording studio.

Did Selena Gomez Tease Her New Album on Instagram?

Selena Gomez shared a cryptic Instagram post, which led fans to believe a new album is in the works.

The duo were first spotted bowling together on an outing in NYC earlier this month.

Selena Gomez Shoots Down The Chainsmokers‘ Drew Taggart Dating Rumors: ’I Like Being Alone Too Much’

The pop star confirmed her relationship status in a quickly-deleted Instagram story.

While neither have confirmed their relationship, Gomez and Taggart were seen bowling together in NYC.

What to Watch This Week: 'My Mind and Me,' 'My Policeman,' 'Causeway' and More

Selena Gomez, Harry Styles and Jennifer Lawrence are making a comeback to our screens this weekend with new movie releases you don't want to miss.

From Selena Gomez to Drake & 21 Savage, What’s Your Favorite New Release of the Week? Vote!

Plus new singles by P!nk and Lindsay Lohan!

Here are the most emotional, inspiring and sweet moments from Gomez's vulnerable AppleTV+ documentary.

The singer also released a new song, 'My Mind and Me', to accompany the documentary of the same name The post Selena Gomez opens up about mental health struggles ahead of new documentary appeared first on NME.

Selena Gomez Calls Taylor Swift the ‘Most Influential Artist’ to Her Career: ‘She’s Definitely Inspired Me’

"Not because she's my friend," she insisted.

Selena Gomez has opened up about a dark time in her life when she was detoxing from bipolar disorder drugs and contemplating taking her own life.

Watch Selena Gomez Talk ‘My Mind and Me,’ Celebrating 30, and Her Rolling Stone Cover Shoot

The superstar opens up in unprecedented ways in her new documentary

She’s wrestled with bipolar disorder, life-threatening illness, and tabloid hell. Now, she’s opening up about all of it in incredible ways

Selena Gomez joined filmmaker Alek Keshishian for the Los Angeles premiere of her 'My Mind & Me' documentary.

Filmmaker Alek Keshishian Realized Selena Gomez Is ‘Much, Much More Than a Pop Star’ While Making ‘My Mind & Me‘ Doc

"This girl is a humanitarian in the deepest definition of the word, and I think that will be her legacy," he tells Billboard.

"They're hilarious, they're pure and they're professional," she said of her Only Murders in the Building castmates.

Britney Spears is clearing the air on an earlier Instagram post that people assumed was referring to and shading Selena Gomez.

Selena Gomez on coping with bipolar disorder: “The more you learn about it, the less you’re going to be afraid”

"I needed to keep learning about it. I needed to take it day by day" The post Selena Gomez on coping with bipolar disorder: “The more you learn about it, the less you’re going to be afraid” appeared first on NME.

Gomez and Bieber leaned in close and even shared a hug in front of the camera while attending the Academy Museum of Motion Pictures 2nd Annual Gala, which was presented by Rolex.

Gomez and Bieber leaned in close and even shared a hug in front of the camera.

Meghan Trainor is set to perform the night Swift joins the show, while Selena Gomez, Millie Bobby Brown and others will appear on the talk show later that week

Selena Gomez Gets Vulnerable in First Trailer for ‘Selena Gomez: My Mind & Me’ | Billboard News

The new feature-length documentary from director Alek Keshishian ('Madonna: Truth or Dare') is set to premiere early next month via Apple TV+.

Musicians speak out on World Mental Health Day: “Talk to someone”

The new film is due to be released in November The post Selena Gomez documentary ‘My Mind & Me’ drops new trailer appeared first on NME.

Selena Gomez Gets Vulnerable in First Trailer for ‘Selena Gomez: My Mind & Me’: ‘I’m Grateful to Be Alive’

Calm Down (with Selena Gomez)

Past Life (with Selena Gomez)

Rare (Live From The Village Studio)

Lose You To Love Me (Demo Version)

Back To You (Riton & Kah-Lo Remix)

Back To You (Joey Pecoraro Remix)

Back To You (Anki Remix)

Back To You (From 13 Reasons Why – Season 2 Soundtrack)

Hands To Myself (Remixes)

Good For You (Phantoms Remix)

Good For You (Remixes)

The Heart Wants What It Wants

Come & Get It Remixes