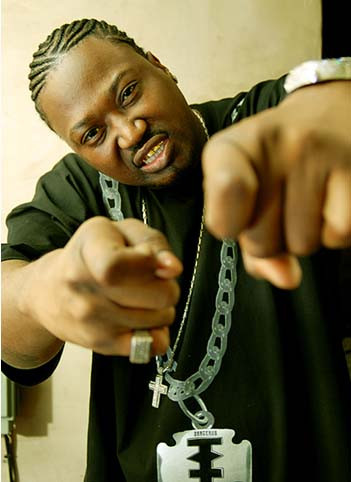 Patrick Earl Houston (born February 8, 1973), better known by his stage name Project Pat, is an American rapper from Memphis, Tennessee. He is the older brother of Juicy J, the co-founder of Three 6 Mafia.Houston was formerly a member of hip hop group the Kaze, joining the group in 1998 the same year that the album KamiKaze Timez Up was released.

Juicy J and Pi'erre Bourne have dropped off their new collaborative album 'Space Age Pimpin,' featuring Project Pat and the single "This Fronto."

Follow along with the lyrics of Drake, 21 Savage and Project Pat's collaboration.

The menacing track is the latest to be lifted from 'Certified Lover Boy' The post Watch Drake’s horror film-inspired new video for ‘Knife Talk’ featuring 21 Savage and Project Pat appeared first on NME.

Getting a Drive (Speed Up)

Stars In The Cars

In My Momma Name

B@tch Get Up Off Me (Remix)

Give Me That Bottle (Remix)

I Got Strong (Remix)

It's A G Thing

Hand on the Bible

Po' It Out the Brick (Remix)

What Cha Starin' At? Mixtape