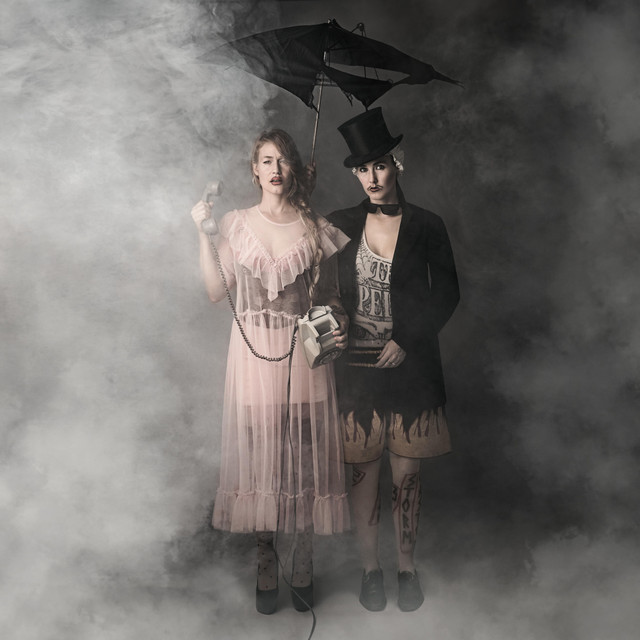 CocoRosie is an American musical group formed in 2003 by sisters Sierra Rose "Rosie" and Bianca Leilani "Coco" Casady. The group's music has been described as folktronica, freak folk and "New Weird America", and incorporates elements of pop, blues, opera, electronica, and hip hop. The group has released seven studio albums, La Maison de Mon Rêve (2004), Noah's Ark (2005), The Adventures of Ghosthorse and Stillborn (2007), Grey Oceans (2010), Tales of a GrassWidow (2013), Heartache City (2015), and Put the Shine On (2020), and two EPs, Beautiful Boyz (2004) and Coconuts, Plenty of Junk Food (2009). They released their sixth album Heartache City on their own record label, Lost Girl Records.Originally a duo, the group was formed when Bianca, who was living in New York City at the time, made an impromptu visit to Sierra at her Paris apartment, reconnecting with her for the first time in ten years. The sisters began creating music together, singing over instrumentals produced using a combination of traditional instruments and found objects, most notably children's toys. They later expanded to a group and added various backing musicians, including a bassist, keyboardist, beatboxer, and synth player.CocoRosie has performed and toured in North America, South America, and at many prominent European venues and festivals such as the Olympia, the Grand Rex, the Royal Concertgebouw, Pukkelpop, and Lowlands Festival. In 2009, music magazine Better Propaganda named CocoRosie the 16th "most influential" artist of the 2000s.

End of the Freak Show

Put the Shine On

Lamb and the Wolf

After the Afterlife - Single

We Are On Fire

God Has a Voice, She Speaks Through Me

The Adventures of Ghosthorse & Stillborn

Antony and the Johnsons