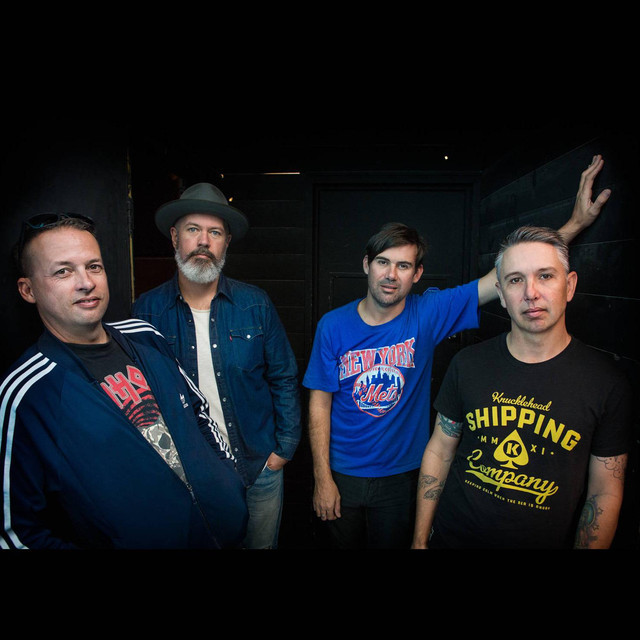 Grinspoon is an Australian rock band from Lismore, New South Wales, formed in 1995 and fronted by Phil Jamieson on vocals and guitar with Pat Davern on guitar, Joe Hansen on bass guitar and Kristian Hopes on drums. Also in 1995, Grinspoon won the Triple J-sponsored Unearthed competition for Lismore, with their post-grunge song "Sickfest". The name "Grinspoon" was taken from Dr. Lester Grinspoon, an associate professor emeritus of psychiatry at Harvard Medical School, who supported marijuana for medical use.The Grinspoon sound changed to more mainstream rock at the release of the 2002 album, New Detention, gaining fans and peaking at No. 2 on the ARIA Albums Charts; similarly 2007's Alibis & Other Lies also reached No. 2. The 2004 album, Thrills, Kills & Sunday Pills, which peaked at No. 4, won the 2005 'Best Rock Album Award' at the ARIA Music Awards.The band was signed to Universal Records in the United States by late 1998,. Grinspoon was promoted with the songs "Champion", which featured in Gran Turismo 3; "Post Enebriated Anxiety", which was on the international version of Guide to Better Living; "Chemical Heart", via the internet; and a cover of the Prong song "Snap Your Fingers, Snap Your Neck", from Grinspoon's Pushing Buttons EP, which was included on ECW: Extreme Music.

Alibis and Other Lies