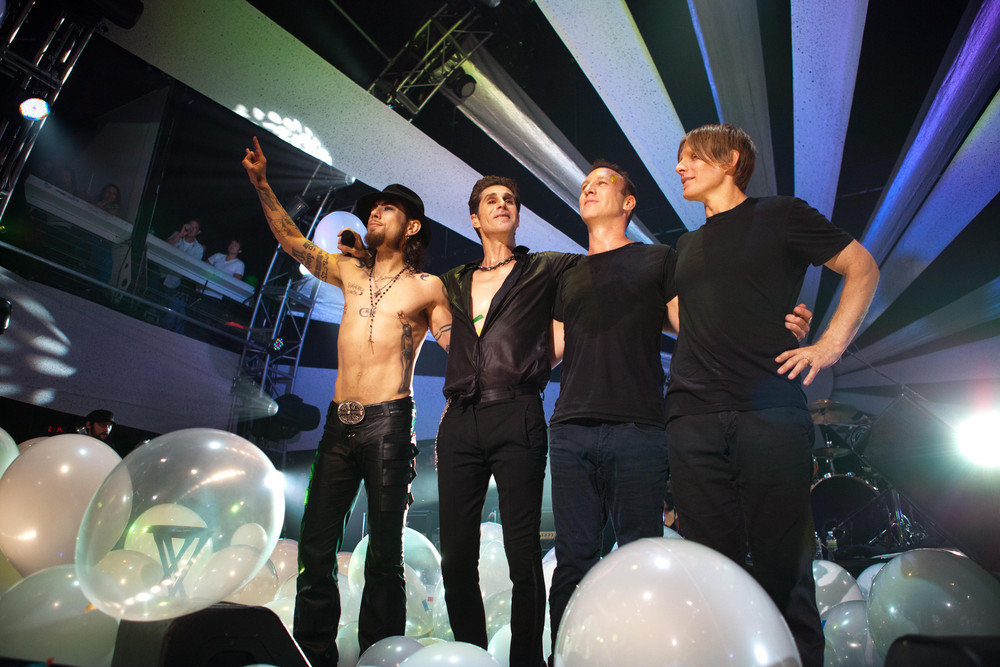 Jane's Addiction is an American rock band from Los Angeles, formed in 1985. The band consists of vocalist Perry Farrell, guitarist Dave Navarro, drummer Stephen Perkins and bassist Chris Chaney. Jane's Addiction was one of the first bands from the early 1990s alternative rock movement to gain both mainstream media attention and commercial success in the United States.

In 1997, the band reunited with Flea of the Red Hot Chili Peppers replacing Avery on bass guitar for a one off tour. In 2001, a second reunion took place, with Martyn LeNoble—and later Chris Chaney—occupying the role of bass guitarist. In 2003, the band released its third studio album, Strays, before dissolving again the following year. In 2008, the band's original line-up reunited and embarked on a world tour. Eric Avery, however, subsequently left the band in early 2010 as the group began working on new material. The band released its fourth studio album The Great Escape Artist in 2011, with Chaney returning to the band for its recording and subsequent tour, and featured the TV on the Radio's multi-instrumentalist Dave Sitek. In 2016, Jane's Addiction were nominated for induction into the Rock and Roll Hall of Fame.

Dave Navarro has been sick with long COVID since December

The Jane's Addiction guitarist said he will be back to his old self in "nobody knows how long" The post Dave Navarro has been sick with long COVID since December appeared first on NME.

Perry Farrell Gets Emotional in Taylor Hawkins Tribute Video: ‘He Was My Best Friend’

"There's a large part of my heart that I had reserved for him," the Jane's Addiction singer added.

A Cabinet of Curiosities